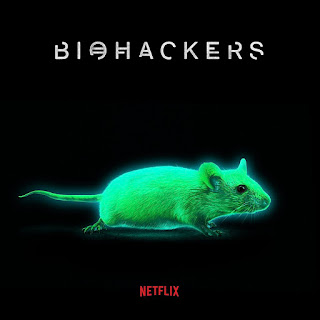 What if students secretly experiment with biohacking technologies that could change humanity? Coming to Netflix next month after an ironic delay, watch the trailer for Biohackers...

From THC chips to genetic enhancements, welcome to the world of Biohacking.

Biohackers tells a highly-gripping story about friendship, love and revenge at a German University that is overshadowed by a revolutionary biohacking-technology and its ethical implications. The story centres around the rivalry of two women: Mia, played by Swiss up and coming actor Luna Wedler, is a medicine student in her first term who boldly pursues a secret plan. Her adversary is Prof. Tanja Lorenz, a bio-scientist and famous lecturer played by Jessica Schwarz.

Biohackers was first set to launch on Netflix by the end April 2020. Although the show does not deal with a pandemic, Netflix and the creators took the spread of the corona virus into consideration and decided to not debut the show just then because the beginning of the show features a scene that might have been unsettling for viewers at that point in time.

Christian Ditter, director and showrunner asked the questions “What happens when normal people, like you and I, are confronted with things that are bigger than themselves? How far do you go to satisfy your desire for fame or even revenge? Where do we draw moral and ethical boundaries? What is synthetic biology, biohacking or bodyhacking anyway? And what happens when Jessica Schwarz and Luna Wedler compete as star professor and freshman? All these questions will finally be answered with the worldwide launch of Biohackers on Netflix starting August 20."

Jakob Claussen of Claussen+Putz Filmproduktion added “Biohackers is a modern and relevant show that has its finger on the pulse of time. We are beyond proud of our debut show!”