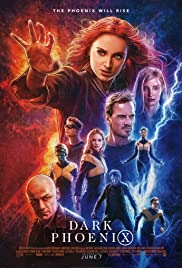 Like a phoenix from the flames, Kraig Taylor-Bryant rose to the task of watching X-Men Dark Phoenix (major spoilers)...

I think the best way to start this article is to say that I didn’t much like this film, it’s been made clear to me that this film doesn’t achieve the vision that the writer/director had for the story, or perhaps it was the execution of it that he was unhappy with. Regardless, there are some moments/elements to find enjoyment in. There’s a theme of suppressing emotions in this film as well an interesting moral dilemma that seems relatable for any audience member, especially young people, which is important in this X-Men instalment as, at this point, most of the characters are young people.

The X-Men world in this film, following the effects of time travel in X-Men Days of Future Past, is vastly different to that of the original 3 X-Men movies. We meet our characters in a world where everything seems perfect, Xavier’s nemesis has grown tired of waging war with humans, Xavier’s childhood friend Mystique remains his loyal friend, and mutant-human relations couldn’t be better. It almost feels like the perfect ending we saw in Wolverine’s “modern day” after he changes the past, comes into being long before Wolverine and Xavier even meet in this new timeline.

If you’re unaware, this X-Men instalment is about Professor Charles Xavier’s superpowered student Jean Gray who, upon being sent on a space mission to rescue astronauts, comes into contact with a mysterious force that I believe could only be referred to as the Phoenix (despite the fact that this film mentions this as a nickname Jean’s fellow students came up with). “The Phoenix” enhances Jean’s already substantial telekinetic abilities a thousand-fold, being able to even withstand the telepathic ability of her mentor/teacher Xavier himself.

The moral dilemma (that I mentioned earlier) causes Jean to leave Xavier’s school, she discovers that Xavier lied to her, making her think her abilities had killed both of her parents in a car accident when she was young, when in actuality one of them survived. This aspect of the film interested me, because it opened up the idea of Xavier being morally questionable in how he manages his students, essentially he lied to her and also set up barriers in her mind because in his eyes he was protecting her from herself. I think this side of the professor is interesting because it seems like he treats his students as if they’re his children, as like many parents, he is willing to lie to them to protect them, and some viewers may see him as the villain of the film who’s responsible for everything, and some may look to Jean. This idea of Jean’s father not wanting to meet her is also interesting because it shows the personal impact that the anti-mutant movement that’s prominent in X-Men has on a young girl.

I think that’s what makes this film particularly suitable for young people as, especially growing up, they will start to realise that they themselves have been lied to, probably not to the extremes that Jean has been but all children get told Santa is real and the tooth fairy, and growing up you start to get taught the truths of the real world and get introduced to real world issues such as politics. I feel as if some of these issues should act as the antagonist in this film, leaving the audience relating to these characters, as opposed to the addition of aliens to the story. 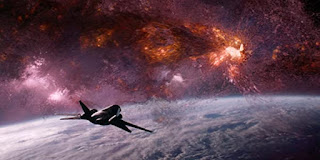 Let me start this point by saying that I feel as if this plot doesn’t need aliens; I might be the only one but I think what this story needed to focus on was the emotional issues of a young woman who feels like her life was a lie. Perhaps if you did want to include a villain whispering in Jean’s ear then perhaps she could talk to the Phoenix directly, almost acting as the “devil on her shoulder” in the situation. I can’t help but feel as if these aliens were forced into the story to give the opportunity for the X-Men to band together for a big fight, when I think really that’s not what the film needed. I think considering what Jean’s dealing with is a very personal issue it shouldn’t have too many X-Men involved.

I also think the best way to create controversy around the Phoenix would be to give this film freedom to get darker if it needs to, by allowing for a 15 age rating. Thinking about it, the age rating is what made the “Logan” film a story that became able to have such a dark ending, but unfortunately that was already off the table in this story, seeing as it had to tie in with the future/modern day that Wolverine wakes up in at the end of Days of Future Past. Anyway, I believe that an age rating such as 15 (or R rated in the U.S) would allow the opportunity to give Mystique (Spoiler) the dramatic death that a character as significant as her deserves, as opposed to a death similar to that of Logan, where she simply gets impaled, kind of ignoring the opportunity to demonstrate the Phoenix’s power.

Whilst on the subject of X-Men Days of Future Past though, it’s hard not to mention its connection (or lack thereof) to the ending of this film. Perhaps it’s just me that’s getting lost with the X-Men timeline but I was under the impression that the future that Logan wakes up in, at the end of days of future past, was the future of this new timeline that “Dark Phoenix” is a part of. If that is the case, then how come (spoilers ahead) Jean Grey ends up dying at the end of this film? Jean Grey is clearly shown older and perfectly alive at the end of X-Men days of future past, this is something I just can’t wrap my head around and makes me thankful that this universe is being rebooted.

Despite this glaring issue, it was a nice ending for this rendition of Jean Grey, this film feels like an ending to the X-Men universe we’ve been following (or trying to follow) for the last twenty years, with Xavier retiring (which also doesn’t make sense with the days of future past ending) and the X men school being handed over to the loveable X-Men hero “beast” (also known as Hank). So, despite the issues I have with the ending, it feels like Xavier is throwing in the towel, and life is finally normal in the X-Men world, except that humans seem to hate humans again in this universe. Oh well, maybe it is time to leave the X-Men alone for a while, until they’re ready to join the MCU.
Follow Kraig on Twitter @Kraigandhismac
Images - IMDb
Email ThisBlogThis!Share to TwitterShare to Facebook