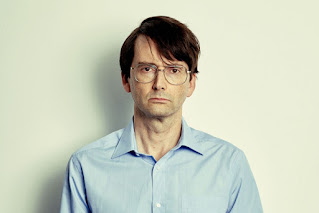 David Tennant takes the lead role in a new true crime drama coming to ITV which focuses on one of the most infamous criminal cases in UK history – Dennis Nilsen. Watch the trailer for Des...

Referred to as the ‘kindly killer’, Nilsen (David Tennant) was a local civil servant who spent five years murdering boys and young men he met on the streets of Soho, London from 1978 to 1983. He would meet and befriend these men before offering them food or lodgings for the evening back at his North London flat. His victims were often homeless or living off grid, having slipped through the cracks of 1980s society and were therefore welcoming of this stranger’s apparent generosity. When he was finally caught on 9th February 1983, Nilsen had murdered as many as 15 men over a period of five years, making him Britain’s most prolific serial killer of the time.

After his arrest, Nilsen was astonishing in his honesty: initially admitting outright to all 15 murders in the police car outside his flat. But infuriatingly for the investigating detectives, he couldn’t remember any of his victims’ names. With no apparent motive, inconclusive forensic evidence and most of Nilsen’s victims living off-grid, the police started the biggest manhunt investigation in UK history. This time not for the murderer, but for the murdered.

The story is told through the prism of three isolated men - a detective, a biographer, and Nilsen himself. While Detective Peter Jay (Daniel Mays) and the police investigation’s attempt to get justice for as many victims as possible provides the narrative and emotional spine, the relationship between Nilsen and his biographer Brian Masters (Jason Watkins) allows us to delve into the mind of one of the most emotionally elusive serial killers the world has ever seen. Can we ever really understand the mind of a psychopathic serial killer? And, if we try, what price do we pay?

Written by Luke Neal and developed by Luke Neal and Lewis Arnold, the drama is based on material from the book Killing for Company by Brian Masters and comes to ITV next month.
Image - ITV
Email ThisBlogThis!Share to TwitterShare to Facebook