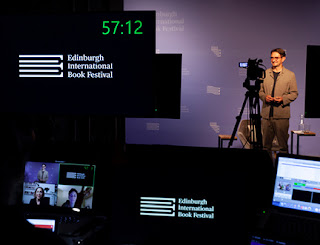 As the Edinburgh International Book Festival wraps up after the weirdest year of its existence, here's how it, and some of the other August festivals in the city, got on in this Covid19 New Normal...

In early April when the Edinburgh International Book Festival, together with four of its fellow Festivals in the city, cancelled its summer programme as a result of the Covid19 Pandemic it looked as though, for the first time in over 70 years, there would be no cultural offering from Edinburgh this August. Together, the five August festivals normally comprise over 5,000 events across Edinburgh each summer, welcoming audiences of 4.4 million and over 25,000 artists, writers and performers from 70 countries, making them the second biggest cultural event in the world after the Olympics. However, as author Ali Smith said in a short film created exclusively for the Book Festival, “You can’t keep a good Festival down,” and all five of Edinburgh’s summer festivals presented some online or live content in August.

Edinburgh Art Festival marked the intended 2020 edition dates with a series of responses from ten artists who have previously worked with the festival. Combining presentations ‘in the real world’/on poster sites and flag poles throughout the city, with special online performances and digital broadcasts, the programme reflected the many profound personal and societal impacts of this global pandemic.

Across the Edinburgh Festival Fringe, more than £233k has been raised to support artists and venues to return in 2021. The festival saw a wide range of activity take place online, with almost 300 events listed on Edfringe.com, 390 short clips uploaded to AJ Bell Fringe Pick n Mix and over 50 events taking place as part of the new Fringe Central hub and marketplace exchange. Key issues explored include diversity and representation, adapting to the online world and the changing face of touring work.

Edinburgh International Festival worked to keep ‘My Light Shine On’ as over 750 lights lit up the sky above Edinburgh from 13 festival venues across the capital and Scottish national companies and individual musicians, dancers and theatre makers created 35 videos filmed in spaces throughout Edinburgh's venues, bringing them to life. Over 500 artists and arts workers were engaged as part of the programme and the International Festival videos reached over 1m views globally.

The Royal Edinburgh Military Tattoo was committed to bringing a flavour of the iconic spectacle to the homes of Tattoo fans with online video content and at home retail packages. Looking ahead, the Tattoo has committed a £340,000 donation to UK military charities this year, as it also looks ahead to planning for an on sale date in October for the 2021 Show. 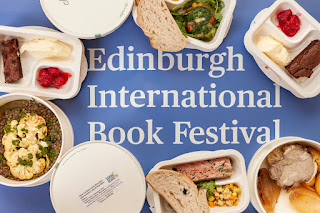 But what of the Book Festival?

Organisers of the Edinburgh International Book Festival, which finished on Monday night, declared their own first online programme a success, with the 146 events being viewed over 210,000 times by a worldwide audience – a figure still growing as audiences continue to watch events On Demand.

While significantly reduced from the programme the Book Festival expected to present in Charlotte Square Gardens – which last year welcomed over 900 authors in 800 events - the 2020 Online Book Festival welcomed 300 writers, illustrators, poets, politicians, translators, performers, interpreters and interviewers from 45 countries around the world to participate in 146 live and pre-recorded events. All were free to watch through the Festival’s website. Two additional seminars were programmed and delivered for publishing professionals.

Nick Barley, Director of the Edinburgh International Book Festival, said “While an online Festival cannot recreate the joyous coming together of authors and audiences, the cultural exchange and the stimulation of creativity that a gathering of people in one physical space can bring, I believe we have created something very special this year. It is clear from watching the interaction of authors and audiences that this year’s online Book Festival has generated its own sense of community. I am extraordinarily proud of the team who have turned themselves inside out, learned new skills and a completely new way of working to deliver events, in challenging circumstances, which have been warm, engaging, stimulating, entertaining and technically excellent. We have reached corners of the globe, and corners of Scotland, that we have never reached before, and brought an accessibility to the Festival that I never want to lose.”

“It is thanks to our incredibly generous funders, sponsors, benefactors and donors that we have been able to offer all events in the Book Festival for free this year – now the hard work starts to develop a financially stable model for a hybrid festival of live and online events for the future.” 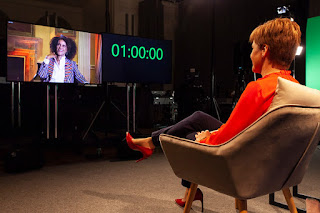 Highlights from the Online Book Festival included conversations with Booker Prize winning authors Hilary Mantel and Bernardine Evaristo and the first interview with the winning writer and translator of the 2020 International Booker Prize Marieke Lucas Rijneveld and Michele Hutchison. Executive Vice President of the European Commission’s Green Deal Frans Timmermans explored of the future of Europe after the Pandemic, democracy activist Joshua Wong spoke live from Hong Kong in expectation of imminent arrest, former US Ambassador to the UN Samantha Power reflected on her career from a war correspondent in Bosnia to the White House as Human Rights Advisor to Barack Obama and Marian Keyes spent a joyous hour chatting with Jenny Colgan in which she announced a forthcoming sequel to her bestselling Rachel’s Holiday.

Broadcasting events through a specially created studio in Edinburgh to a newly developed online viewing platform, the Book Festival was able to welcome authors from around the world, amongst them First Nation poets from Australia, renowned Japanese author Mieko Kawakami, neuroscientist David Eagleman from California and Tsitsi Dangarembga from Zimbabwe. Other innovations for the online Festival included an audience chatroom for every event; live Q&A sessions, BSL interpretation and subtitles were also available for a large selection of talks across the programme and some authors participated in online book signings, meeting audience members face-to-face.

Children’s author Rob Biddulph broke his own online signing record with a 4.5 hour session, signing books and drawing illustrations for children from Scotland to Mexico. The Festival created a new online bookshop stocking not just books featured in the programme, but also showcasing a significant range from Scottish publishers. Over 2,250 books were sold through the shop during the Festival with the top sellers being Girl, Woman, Other by Bernardine Evaristo closely followed by Imagine A Country – a collection of essays edited by Val McDermid and Jo Sharp inspired by the 2019 Book Festival and How to Stay Sane in an Age of Division by Elif Shafak. The online bookshop (shop.edbookfest.co.uk) will continue to trade year round.

The most watched conversation in the 2020 Edinburgh International Book Festival Online was Bernardine Evaristo with Nicola Sturgeon who had an audience of over 5000 on the night and 11,220 subsequent views through the On Demand facility so far. This was followed by double Booker Prize winner Hilary Mantel (10,235 total views to date), and Ian Rankin (9,304 total views to date). Audiences tuned into Book Festival events from every continent (except Antarctica) and every corner of the globe from China and South Korea, across Africa from Algeria to South Africa, to Australia and New Zealand, across the USA, Canada, Greenland and Iceland and into Europe, Eastern Europe and Russia.
Most events from the 2020 Edinburgh International Book Festival Online are available to watch, free of charge, on demand through the Book Festival’s website – edbookfest.co.uk.