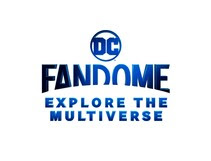 If you’re a fan of DC comics, from periodicals to original graphic novels, then today's DC FanDome: Explore the Multiverse event is the place for you to be...

Absolutely free for 24 hours, this event features some of the biggest names behind your favorite comics series, tons of comics to read and so much more. Here are all the activations to look forward to if you’re a comics fan!

Free Comics to Read Online
As DC’s comic books and graphic novels form the foundation of DC’s wide array of storytelling, a selection of more than 300 comics will be made available to read for free online during DC FanDome: Explore the Multiverse and DC Kids FanDome including:
Milestone Returns #0
For 24 hours only, fans can read the ENTIRE Teen Titans: Raven graphic novel by Kami Garcia and Gabriel Picolo for free
For 24 hours only, fans can read the ENTIRE Dear Justice League graphic novel by Michael Northrop and Gustavo Duarte for free

Beginning today, you can check out the full list of available comics to read free here.

If you have kids who are comics fans, send them to DC Kids FanDome at dckidsfandome.com, where there will be plenty of kid-friendly comics to read, How to Draw classes and several videos that teach young aspiring writers and artists how to make comics.

To see the full lineup of panels for DC FanDome: Explore the Multiverse and to build your own viewing schedule, head to www.dcfandome.com