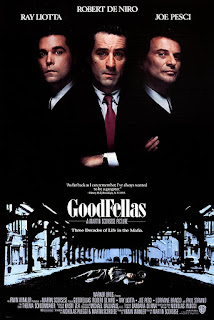 The story is based on an average-kid-turned-gangster named Henry Hill and, as the film goes on, we witness his life as a gangster, the benefits of his life style, the dangers of it, and how it eventually ended. The film seems to resemble the character-building style similar to The Godfather, with the obvious difference being that this film is based on a true story. I say this because they are both similar in run-time, which allows time for us to understand the characters/the original people the film is based on.

I think the runtime suits the story well, because it gives the audience so much content to consume, and there’s always little bits to the story that you’re likely to miss or forget after each watch, which makes it more enjoyable when watching it again. I personally had to watch the film three times within two days to understand as much as possible. A film that can be watched that many times, even without so little a gap between viewings, is hard to come by these days, and I think that’s what makes classics like this so significant.

The acting of all members of the cast in this film, is unforgettably brilliant. Robert De Niro’s performance as Jimmy (or James) Conway comes to mind first. Jimmy is a gangster who seems like such a nice “fella” at the start of the film, though towards the end we see how money corrupts him and turns him against his own family. I honestly think his character is the most important in this story but, in some ways, I see Ray Liotta’s Henry Hill as giving us a perspective of someone new to this life, which helps us adjust to this life with him.

This isn’t to say that the acting of the other characters isn’t on point. To name a few, Paul Sorvino’s take on the character of Paul Cicero was spectacular, he had a very “untouchable” vibe about him. And Joe Pesci was brilliant when it came to playing a cheerful or “funny guy”, who’s almost afraid of not looking tough in the family. At the same time, he was definitely one of the more interesting characters, because it almost felt like he had something to prove to everyone else, because of his height or his slightly higher pitched voice. 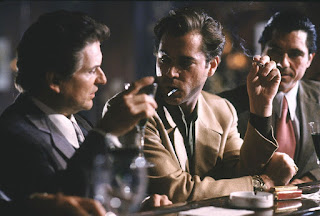 So anyway, the story of this film develops from a boy who felt like he could do anything he wanted to do, and from there things start to get more and more interesting. At the start, when the film is introducing the life of a crime family, and the cheerful atmosphere between them all, when they were at social events together, it introduces why they really did consider themselves the “Goodfellas”.

Though this seems to become somewhat ironic, when things change, and the now married Henry Hill, Jimmy Conway and Paul Cicero end up in jail, because of an average night of demanding payment from someone which turned sour, when the guy ends up being associated with someone within the FBI. From this point things do somewhat escalate.

We witness the honourable side of Paul Sorvino’s character, Pauly, once they get out of jail, when he offers advice to Henry, that he should not be dealing in drugs now that he’s out of jail, and whatever he did involving drugs in jail, was considered acceptable to him, because he “did what he had to do”. Though, unfortunately, with the stresses of raising a family that Henry is now dealing with, he chooses to ignore Pauly’s advice, and attempts to deal drugs (as well as consuming them himself) because he thinks this would help him best in setting up his family again.

From here we see all members of the family act a little more violently. Most notably, Tommy DeVito, when, during a game of cards, he shoots a guy in the foot to “make him dance”, in an attempt to impress the others in his “family”. But after the guy comes out of hospital and he tells Tommy to “go f*ck himself,” Tommy lashes out in attempt to impress Jimmy or make himself look tougher. He shoots the guy and kills him. I think it’s this moment that makes it obvious how much everyone respects/admires Jimmy more than even Pauly when it comes to “family gatherings.” because it’s Jimmy and Tommy that Henry turns to when he starts dealing in drugs, and eventually Jimmy starts to dream bigger, and decides to rob an airport for an unthinkably large profit.

We learn, through a news broadcast on the radio, that this pans out well for most of the family that were involved, including Henry, though we start to see an even darker side to Tommy and Jimmy after this. The first victim of this heist is Billy Batts (played by Frank Vincent). He has some form of significant involvement in the heist, and following it, he seems to keep demanding Jimmy that he gets his share of the money, after it’s already been divvied out to Jimmy’s closest family members. Though this eventually frustrates Jimmy and he ends up “whacking” Billy for this, and from there Jimmy just gets greedier when it comes to handing out money to the rest of the family involved.

He ends up killing most of the people involved in the heist, and Henry continues to deal in drugs. This seems to be taking its toll on his appearance physically, and Henry even ends up cheating on his wife with another woman, because he knows that his wife really doesn’t want to leave him. I think in a lot of ways this pans down to how money changes all these people, or even how prison can change a family.

That much became clear to me when after the prison time that both Jimmy and Henry endure, they end up dealing in drugs, which they hadn’t relied on before. And it was this that led Jimmy to attempt alternate means of income, such as by robbing the airport. Eventually anger amongst the families leads Tommy to be killed among others. These “others” are killed due to Jimmy’s frustration with sharing his money with others, again showing how money changed him to become less of a “family man” and the crime family sense. 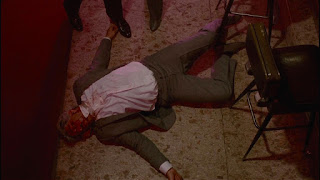 Eventually, Henry ends up being closely watched by the FBI, and Jimmy becomes paranoid that one of his own family members, Henry, would rat him out. In an attempt to reduce his sentence, Henry realises this when Jimmy invites him to go to Florida after the court case to “take care of someone”. This made it clear to Henry that he wouldn’t come back from Florida alive, because he’d never been asked by Jimmy to kill anyone, because he’d often send someone who wasn’t as close to him as Henry. It was this that led Henry to rat out not just Jimmy, but also Pauly, almost completing his dishonour to the family. But in the same way, showing that he was finally putting his own life ahead of what’s more beneficial for the family. It’s ironic really, that the last member of the family with any honour, ends up being ratted out by Henry, and truly showing how, by the end of things, when it comes to money, they really aren’t “Goodfellas”.

So, I think it’s this film’s incredible portrayal of a true story, that was brought to life by Martin Scorsese, that makes Goodfellas such a great watch, and the kind of film that I could watch more than three times. It’s definitely inspired me to watch more of Martin Scorsese's work.