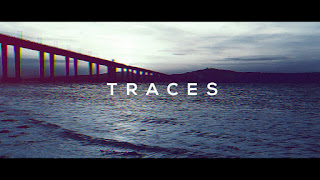 Following the success of series one in 2019, UKTV has commissioned a second series of the Dundee based Traces for its specialist crime drama channel, Alibi...
Press Release
Produced by RED Production Company (Years and Years, The Stranger, Butterfly) for UKTV and BBC Studios Distribution, the suspense-fuelled thriller was based on an original idea by best-selling crime writer Val McDermid where forensic science takes centre stage. Amelia Bullmore returns to write the second series with Jess Williams (Grantchester, Call the Midwife). Casting and production team will be announced in the coming months with the series set to air in 2021.

Amelia Bullmore said "It's so exciting to be returning to Traces, and I'm loving working with Jess Williams."
Nicola Shindler, executive producer, added "I can't wait to dive back into the world of Traces with the brilliant women of SIFA, tackling even more shocking crimes and facing up to all their own increasingly complicated lives."

Set in Scotland and exploring the world of SIFA, the Scottish Institute of Forensic Science, series one introduced Emma Hedges, Prof. Sarah Gordon and Prof. Kathy Torrance who together used the rigors of forensic science to uncover the truth about the murder of Emma's mother.

Series two will continue to delve into the world of forensic science, as the women of SIFA carefully analyse traces of evidence to help get to the bottom of who's behind a series of cruel bombings in Dundee. The city is on edge as the pressure rises to identify the mystery bomber before the next bomb goes off.

Traces has been commissioned by Philippa Collie Cousins, drama commissioner with head of scripted Pete Thornton, and ordered by Emma Ayech, channel director for Alibi.

Philippa Collie Cousins, said "I am passionate about delivering the best of crime drama series to Alibi and ensuring they become much loved returners, resonating with UK and global audiences. Traces is ramping up with its hallmark forensic focus, nuanced characters and explosive surprises, it promises to be thought provoking and entertaining. The series is a fantastic piece of storytelling with three creatives at the very top of their game in Nicola, Amelia and Val."

Emma Ayech, added "We were all thrilled by the success of the first series on Alibi, and it is testament to the incredibly gripping storyline played out by some world class actors. I can't wait to see what the second series has in store and welcome the viewers back into the world of SIFA."
The series will be produced by RED Production Company (a STUDIOCANAL company) and executive produced by Nicola Shindler (The Stranger, It's A Sin, Butterfly, Happy Valley, Queer As Folk), Michaela Fereday (Safe, Years and Years) and Amelia Bullmore with Philippa Collie Cousins for UKTV and Martin Rakusen for BBC Studios.