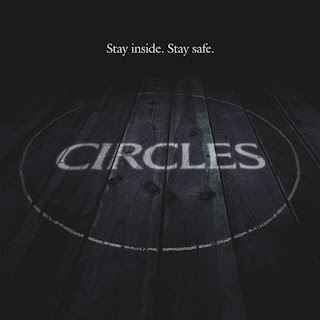 Conceived, written and produced during lockdown, Circles is a four-part indie horror audiodrama out now from Brendon Connelly. Listen to the trailer...


In high school, Naomi led her friends into dabbling with dark magic. Geoff, Lexie and Scott joined Naomi in rituals that went too far – accidentally conjuring up Ukobach, an evil, ancient demon that they couldn't control. Will those meddling kids never learn?

Together, the friends were able to bind the demon. They broke the demon into pieces and each friend – as well as Geoff's faithful dog, Frankie - absorbed a part of its evil. But carrying this burden was too much to bear. The friends were torn apart and their lives headed off in dramatically different directions.

The story of Circles starts ten years after the friends' confrontation with the demon. Geoff's dog Frankie has died – and released a part of the demon. The group's only hope now is to follow Naomi's new plan – and it starts with Circles.

By drawing ritual protective Circles in salt or chalk, the friends are able to put a barrier around themselves that will keep the demon at bay. Restricted to communicating only by smartphone, they find themselves trying to work together, once again, under the most dangerous conditions.

Their first mission: to find Scott. He's not picking up his phone and, as far as anybody knows, has not created a ritual circle. He's in terrible danger... And if the demon manages to find Scott and reclaim the piece of evil he's carrying, it's going to get stronger.

Stronger than any line of chalk or salt...
Starring Tal Minear, Bryce Cooke, Beth Eyre, Tom Alexander and Sarah Pitard as the friends, Circles was produced and directed by Jack Bowman (The Springheel Saga.) The series was created by Brendon Connelly, who also co-wrote the script alongside James Field and James MacDonald.
Circles was produced at the height of the global lockdown, on two continents across five time zones and in just 9 days. During development, Jack worked extensively with Travis Vengroff (The White Vault) and Hem Cleaveland (The Dark Dice) to create a new, bespoke form of multi-cast remote recording, which meant that the cast could record themselves in their own home studios. Zoom was used for talkback, and the recording of a 'God Mic', and separate tracks were saved by each actor individually on their DAWs and submitted online for editing and post-production.
A comic-book prequel, Circles Chapter Zero has also been completed. This is set ten years prior to the series, and sets up the characters' initial encounter with the demon and that story has also been voiced by the same cast for a motion comic, coming soon.
Catch weekly episodes of Circles online at the official website.
Image and info - courtesy Brendon Connelly
Email ThisBlogThis!Share to TwitterShare to Facebook