Comic - Frenemies: The Lost Planet 1 and 2 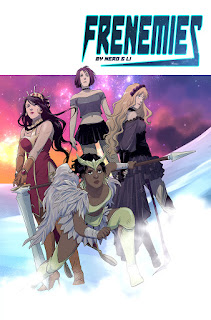 A crowd-funder with a twist launches at lunch-time today. Find out more and have a look at some of the pages of Frenemies: The Lost Planet 1 & 2 from Monty Nero and Yishan Li...

An innovative new Kickstarter from Monty Nero (Marvel, Titan, Delcourt) and Yishan Li (Top Cow/Dark Horse) folds their crowd-funder into the fictional world of their own sci-fi comic, with daily cliff-hangers expanding the story every day.

“It’s launching Wed 14th Oct at 12:30pm BST (7am EDT) and it’s something new for us,” says writer and co-creator Monty Nero. “We’re pushing the boundaries of what Kickstarter can do by turning it into a storytelling medium. The minute you hit the page, you’re inside the Frenemies world, and each daily update expands the sci-fi universe we’ve created. I love the pace and action of old sci-fi, like the classic Universal Flash Gordon serials, and this develops that by mixing it with some progressive new ideas.”

But how exactly does it work? “From the backers’ point of view it’s simple,” explains Nero. “You just back our comic at any level and boom – an update appears for you every day. It’s a free story, expanding on what’s happening in the comics, a welcome distraction from doom-scrolling through social media.“

Nero describes Frenemies: The Lost Planet as a rich and complex sci-fi universe that will expand for decades to come. “That’s the beauty of creator owned comics,” he says. “We’ve got an epic four-issue arc prepared but the plan is to nurture this story with great depth and complexity for years to come.”

For all the innovation the main thing Nero wants is for readers to have fun. “There’s a sample from the comic available for everyone to enjoy. Yishan’s an incredible artist, particularly character design and acting, which is why she’s working with the best companies around. She’s already finished the whole thing and it looks stunning.” 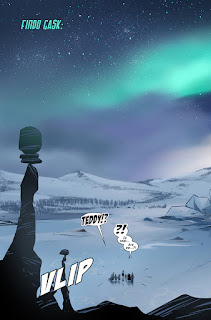 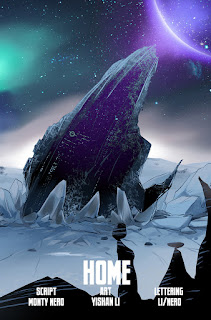 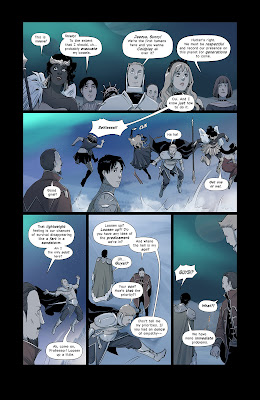 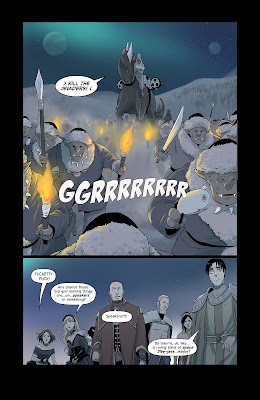 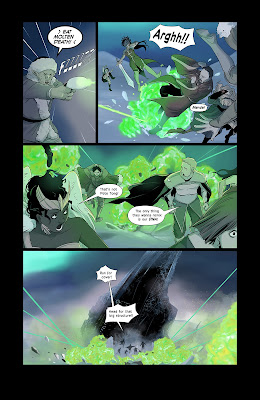 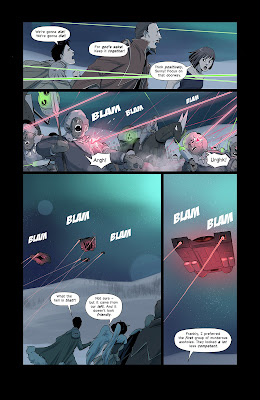 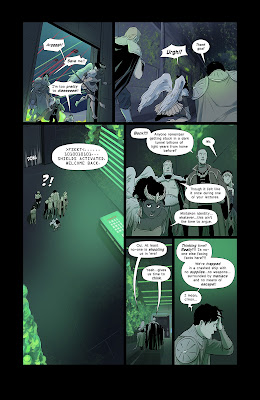 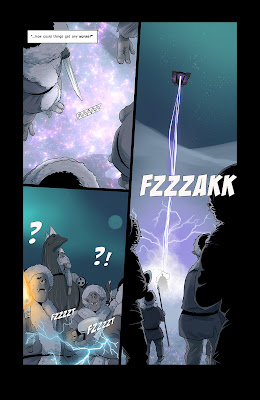 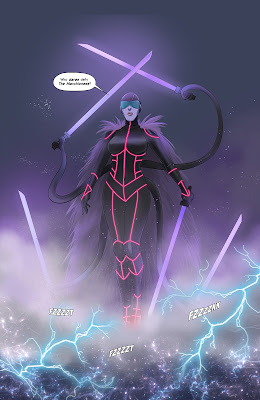 Frenemies concerns seven LGBT+ and straight rivals searching for a mysterious Lost Planet that will destroy the solar system unless one of them can find it.

“The aliens are so advanced their quantum technology looks to us like Dark Magic,” says Nero .”We focus on how alien technology transforms our protagonists in their quest. Only one of them can reach The Lost Planet so do they cooperate or subtly f*ck each other up? Or can they do both? Is your best friend your worst enemy when so much is at stake?”

Get more info on the series at here https://montynero.com/frenemies/
Images and info - Monty Nero/Yishan Li
Email ThisBlogThis!Share to TwitterShare to Facebook