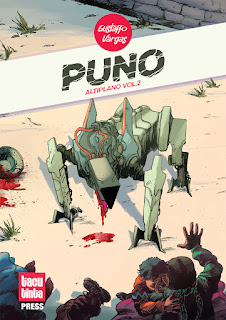 Discover a place where robotics and bio-technology are accessible to many, where corrupt governments and crime organisations clash constantly in disputes over power. Welcome to the World of Peruvian Cyberpunk! Find out more about Gustaffo Vargas’ Kickstarter for PUNO...

PUNO, currently being crowdfunded on Kickstarter by creator Gustaffo Vargas, is a 40 page, A5 size, full colour Peruvian Cyberpunk comic promising “robots, memories, warfare and sex.” It is the second part of a 3-volume story which started with MANU, released in 2019 and winning the '2019 Best UK Independent Comic of the Year' and the third and last volume, PILCUYO, will be released by the end of 2021.

MANU told the story of Lila, a young girl who has been hiding from her past; while a corrupt politician and a secret agent are trying to find the source of a very powerful force, which is somehow connected to Lila. PUNO carries on from there and again follows Lila, who this time agrees to help the mischievous Xolo, a dubious character who claims that he can help her in return. Meanwhile, we see the politician and the agent getting closer on their search.

Have a look at some of the interior artwork: 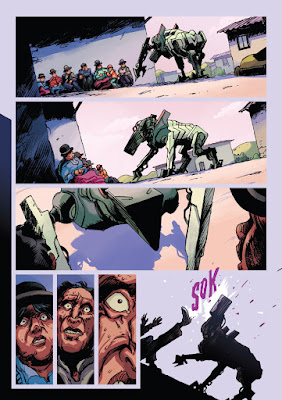 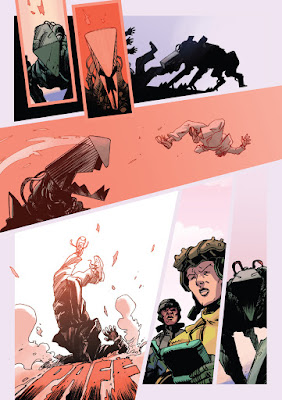 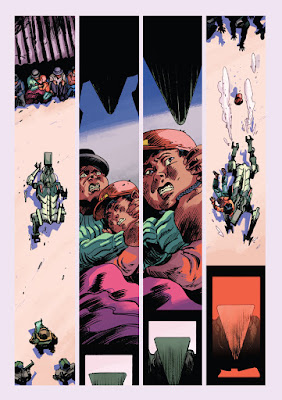 All of Vargas’ Peruvian Cyberpunk stories share the same world, and some characters appear in more than one book, so the Kickstarter Campaign offers the chance to get caught up with the full back-catalogue of Peruvian Cyberpunk books in physical or digital formats, with the digital books available in both English and Spanish versions. As well as MANU and PUNO, there are two other comics that share the Peruvian Cyberpunk world, both A5 size and full colour throughout - L1MA is a 32 page, A5 full-colour comic with “pirañas, vultures, robots and mafias” and TRUJILLO is a 28 page, full-colour comic boasting “gangsters, shamans, drugs & dogs.”

The campaign also offered original pages and original sketch drawings as reward tiers, although these have been very popular and gone very quickly, as well as several colourful Stretch Goal rewards for backers: PUNO character Postcards, a Pack of Peruvian Cyberpunk stickers, a Pin-Up print from Honduran artist Cleonique Hilsaca and another Pin-Up from Greek artist Elena Gogou.

Find out more and support the Kickstarter campaign, which runs until 8th November here.

Gustaffo Vargas is a Peruvian comic book artist and writer based in Edinburgh, UK. Since 2017 he's been self- publishing his Peruvian Cyberpunk comics MANU, L1MA & TRUJILLO. MANU won the '2019 Best UK Independent Comic of the Year'.

He has worked with Dan Abnett as principal artist for Crayta, UK independent publishers such as Accent UK, Mad Robot Comics, Madius Comics and in Peru for Carboncito and In Planet Stereo.Gustaffo is also a founding member of the SkrawlLordz, a team of UK indie creators that produce SKRAWL: comix magazine.