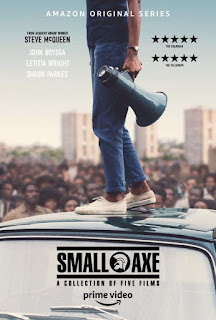 The five original films that make up the Small Axe collection by filmmaker Steve McQueen are coming to BBC One weekly (Amazon Prime Video in the US), starting on Sunday...

Set from the late 1960s to the mid-1980s, the films each tell a story involving London’s West Indian community, whose lives have been shaped by their own force of will, despite rampant racism and discrimination. Even though this collection of films is set some decades ago, the stories are as vital and timely today as they were for the West Indian community in London at the time. Small Axe is a celebration of Black joy, beauty, love, friendship, family, music and even food; each one, in its own unique way, conveys hard-won successes, bringing hope and optimism for 2020.

Steve McQueen explains: “The seed of Small Axe was sown 11 years ago. Initially, I had conceived of it as a TV series, but I realised these stories had to stand alone as original films, yet at the same time be part of a collective. The anthology, anchored in the West Indian experience in London, is a celebration of all that that community has succeeded in achieving against the odds.

"Although all five films take place between the late 1960s and mid-80s, they are just as much a comment on the present moment as they were then. They are about the past, yet they are very much concerned with the present. A commentary on where we were, where we are and where we want to go.”

Lucy Richer, Senior Drama Commissioner and Executive Producer for the BBC: “It has been an honour to work with Steve to bring Small Axe to screen. With his visionary genius as a filmmaker he has made incredible, life-changing, life-affirming films which tell burning stories from our past and blaze a trail for the future.

"These inspiring films of truth and powerful purpose celebrate ordinary lives, and we are delighted to bring them to BBC One and BBC iPlayer this November.”

Small Axe has been executive produced by Tracey Scoffield and David Tanner for Turbine Studios and Steve McQueen for Lammas Park. Mike Elliot is producing for EMU Films with Turbine and Anita Overland. The executive producers for the BBC are Lucy Richer, Senior Commissioning Editor for Drama and Rose Garnett, Director of BBC Film.
Here's more about each of the films: 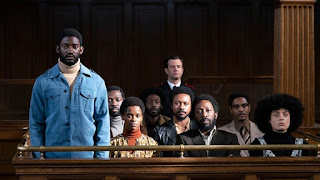 The film, which opened the London Film Festival, centres on Frank Crichlow (Shaun Parkes), the owner of Notting Hill’s Caribbean restaurant Mangrove, a lively community base for locals, intellectuals and activists.

In a reign of racist terror, the local police raid Mangrove time after time, making Frank and the local community take to the streets in peaceful protest in 1970. When nine men and women, including Frank and leader of the British Black Panther Movement Altheia Jones-LeCointe (Letitia Wright) and activist Darcus Howe (Malachi Kirby) are wrongly arrested and charged with incitement to riot, a highly publicised trial ensues, leading to hard-fought win for those fighting against discrimination.

Mangrove was co-written by Alastair Siddons and Steve McQueen. 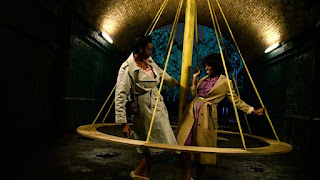 Lovers Rock tells a fictional story of young love at a Blues party in 1980. The film is an ode to the romantic reggae genre, Lovers Rock, and to the Black youth who found freedom and love in its sound in London house parties when they were unwelcome in white nightclubs.

Lovers Rock was co-written by Courttia Newland and Steve McQueen. 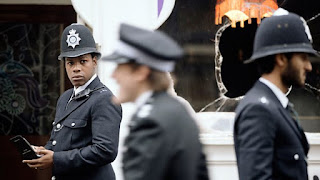 Red, White and Blue tells the true story of Leroy Logan, a young forensic scientist with a yearning to do more than his solitary laboratory work. When he sees his father assaulted by two policemen, he finds himself driven to revisiting a childhood ambition to become a police officer - an ambition borne from the naïve hope of wanting to change racist attitudes from within.

First, Leroy has to face the consequences of his father’s disapproval, never mind the blatant racism he finds in his new role as a despised - yet exemplary - Constable in the Metropolitan Police Force.

Red, White and Blue was co-written by Courttia Newland and Steve McQueen. 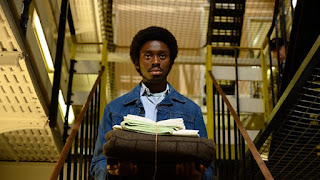 Having spent his childhood in a mostly white institutional care home with no love or family, he finally finds not only a sense of community for the first time in Brixton, but his identity and opportunity to grow his passion for music and DJing. When he is thrown in prison during the Brixton Uprising of 1981, he confronts his past and sees a path to healing.

Alex Wheatle was co-written by Alastair Siddons and Steve McQueen. 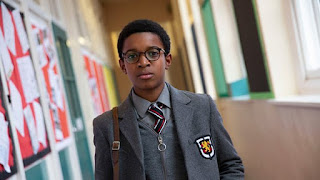 Education the coming of age story of 12 year-old Kingsley (Kenyah Sandy) with a fascination for astronauts and rockets. When Kingsley is pulled to the Headmaster’s office for being disruptive in class, he discovers he’s being sent to school for those with 'special needs'.

Distracted by working two jobs, his parents (Sharlene Whyte, Daniel Francis) are unaware of what was the unofficial segregation policy at play that is preventing many Black children from having the education they deserve - until a group of West Indian women take matters into their own hands.

Bafta-award winning Naomi Ackie (End of the F***ing World) also stars. Education was co-written by Alastair Siddons and Steve McQueen.
Small Axe will air on BBC One and iPlayer, and air on Amazon Prime Video in the US.
Images & info - BBC
Email ThisBlogThis!Share to TwitterShare to Facebook