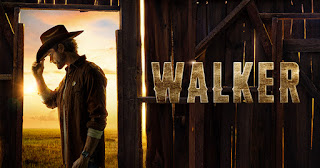 A reimagining of the long-running series Walker Texas Ranger, this time starring Jared Padalecki instead of Chuck Norris, is coming to The CW in January. Watch the trailer...
Press Release

Texas Ranger Cordell Walker is a widower and father of two with his own moral code, who returns home to Austin after being undercover for two years, only to discover there’s harder work to be done at home. He’ll attempt to reconnect with his children, navigate clashes with his family, and find unexpected common ground with his new partner, Micki – one of the first women in Texas Rangers’ history — while growing increasingly suspicious about the circumstances surrounding his wife’s death.
Walker premieres Thursday, January 21.