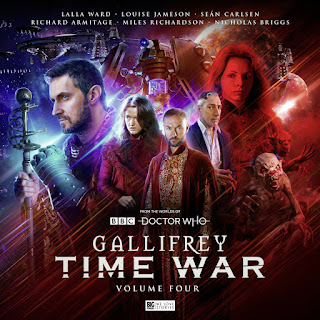 Due out tomorrow, this full cast audio drama will bring Hartley to Gallifrey, as Anna Carteret makes her Big Finish debut as a wise and patient friend of Narvin (Seán Carlsen) called the Apothecary.

Carteret is best known for her roles in The Raving Beauties (1982), Send In The Girls (1996) and as Inspector Kate Longton in the long-running BBC TV series, Juliet Bravo (1983-85). Her family are no strangers to Big Finish, either – daughter Hattie Morahan plays popular companion to the Eighth Doctor, Helen Sinclair, in three Doctor Who series (Doom Coalition, Ravenous and Stranded), while son-in-law to be, Blake Ritson, is currently starring in Adam Adamant Lives!

Of her role as the Apothecary, Anna Carteret said: “I read the script and immediately thought, ‘I want to do this,’ because my character is very honest. I’m 78 now and the good thing about being old is that nobody cares what you look like, what you say, what you do, or what you wear. And that, in a way, is a sort of release. It's freeing.

“The Apothecary loves sharing her knowledge with someone young, you know? And it’s just such a joy. Who is it that influences you to be what you become? Audio drama can be so powerful. It takes you through such an emotional journey. I loved it.” 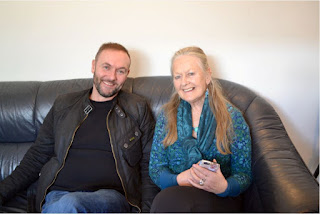 Producer and director Scott Handcock added: “The Apothecary is a fascinating character from Narvin’s past and I knew, from the moment I started reading Lou Morgan’s brilliant script, that we’d need someone truly special to bring that part to life. Anna Carteret brought just the right balance of twinkle and wisdom to the role, conveying a sense of the Gallifrey long-forgotten. Seán and I will never forget our day welcoming her to the Doctor Who universe!”
Gallifrey: Time War 4 also stars Richard Armitage (Rassilon), Lalla Ward (Romana), Louise Jameson (Leela), Pippa Bennett-Warner (Livia), Seán Carlsen (Narvin), Miles Richardson (Braxiatel), Samuel Clemens (Mantus) and Nicholas Briggs as the Daleks.
This final chapter of Gallifrey: Time War features four climactic stories:
Romana is lost to the Time War though Leela and Narvin still fight to survive. A resistance, caught between Rassilon’s fury and the Dalek Emperor’s mania, have a desperate plan to stop the conflict. Everything ends. And for some on Gallifrey, the Time War will soon be over.

As the resistance scatters, Leela and an unknown ally embark on a rescue. But there are traps for the unwary inside the Vortex. Meanwhile on Gallifrey, Livia and Mantus are at odds, seeking to protect themselves as Rassilon's grip tightens.

With young Rayo in tow, Narvin looks for respite in an ancient bolthole and turns to an old mentor for help. But a Dalek has been hunting him through space and time, and it will not give up his trail so easily.

4.3 Beyond by David Llewellyn

Romana met her fate on Unity, but Braxiatel isn’t ready to give up on her. In a forbidden realm, he offers one last hope to escape the chaos of a universe at war. First, they must enter the Beyond and confront the ghosts and monsters within...

Rassilon receives an ultimatum from an envoy of the Dalek Emperor while Leela and Narvin return with a dangerous strategy to end the Time War.

All roads lead to Gallifrey. For some, this is where the fight will end.
Gallifrey: Time War 4 is available for pre-order at £22.99 as a collector’s edition five-disc CD box set or £19.99 as a download, exclusively from www.bigfinish.com.