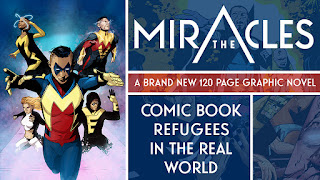 "All families have secrets. But what if your family’s secret was that you’re all comic superheroes taking refuge in the real world? Would you hide it?"

The Miracles tells the story of Elliot Morgan, an average teenager coming to the end of his high school days. A massive comic book nerd, he’s obsessed with an old comic that ended on a never-resolved cliff-hanger, Major Voltage Adventures. This of course means he’s shocked and delighted when suddenly he discovers that he has superpowers of his own.

But the startling revelations aren’t over yet, as he’s confronted by Major Voltage and his wife Ms Phantom straight out of the comics - superheroes who turn out to in fact be his own parents!. As the family’s big secret as refugees from a comic book into the real world comes to light, the family each begins dealing with the secrets they’ve all been keeping from each other too. But is the world ready for them, and will the family survive the truths that threaten to tear them apart?

The Miracles is a 120 page original graphic novel written by Joe, and featuring stunning artwork by Vince Underwood, colours from Harry Saxon and letters by Eisner Award winning editor and letterer Hassan Otsmane-Elhaou. Plus a fabulous graphic design inspired cover by Kevin Wada. 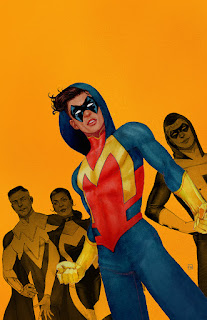 The book tackles themes of family secrets, what it means to be a hero, and what it means to make a new home in a foreign, strange place and what happens when your nature as non-natives stands revealed, all in a high octane soap opera melodrama feel. Think The Incredibles crossed with The OC with a touch of Invincible too!

If you still need convinced, here's a sneak preview teaser, plus a few more pages of Vince Underwood’s incredible artwork (note: the book is going to be in full colour); 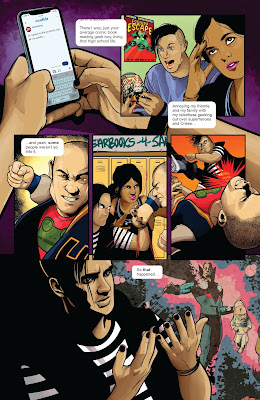 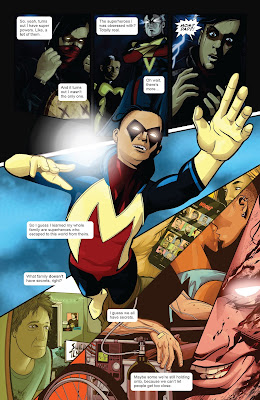 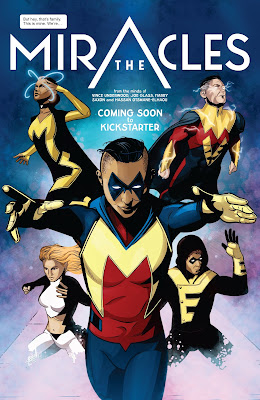 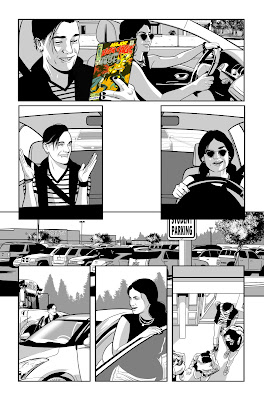 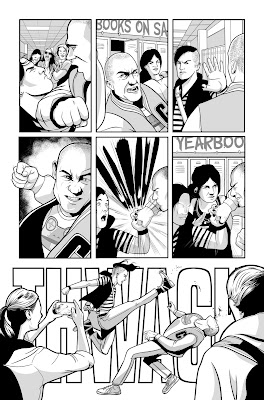 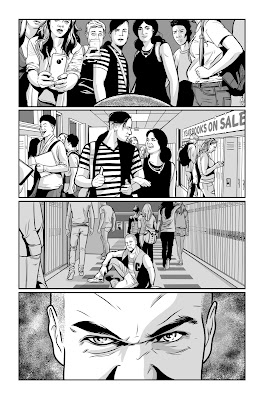 So, now that you want to invest in The Miracles, what perks are up for grabs? As well as digital and paperback copies of the graphic novel, you can get an EXCLUSIVE hardcover version of the book which will not be made available anywhere else - you can also get a very limited edition signed copy too if you're quick off the mark. In addition, there are stickers, pins and patches as well as the chance to catch up with some of Joe's earlier work with digital copies of Glitter Vipers and Acceptable Losses included.
But we'll let Joe explain things for himself in his campaign video.
Please support The Miracles on Kickstarter, which runs until 4th March, here.
Email ThisBlogThis!Share to TwitterShare to Facebook