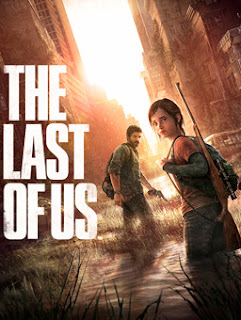 After the recent news of  a TV adaptation in the works for the game franchise The Last of Us, Kraig Taylor-Bryant looks forward to the possibilities for the new series...

Since the announcement of a Last of Us TV show, I’ve become more and more convinced that the bridge between film/TV and storytelling in videogames is getting ever stronger.

The story of The Last of Us follows the character of Joel, in a post-apocalyptic world, as he struggles to cope with the death of his daughter who was killed by a soldier during the early stages of the outbreak. This has clearly left Joel a broken man, slow to trust anybody in this unforgiving world. As we flash forward to a number of years later, we learn that Joel has been running a few smuggling jobs in the small survivor camps that the army has set up and a resistance against the oppressive government (named the Fireflies) has attempted a number of hit and run attacks on the military, to try to liberate camps from their control. By chance, Joel stumbles upon a girl that the Fireflies wish him to deliver across the country and, despite his objections to begin with, realises he needs the guns that the Fireflies are offering him in return. As the story goes on, the relationship between these two becomes stronger, as they learn a little more about each other and learn to trust one another. Joel eventually comes to treat Ellie like the daughter he lost which will ultimately lead him to make a choice that will affect both of their fates in the sequel to the game, The Last Of Us part 2.

The Last of Us part 2 is certainly a more controversial story. I for one think it’s extremely good because of how much the game challenges you emotionally from a storytelling perspective. The game also surprisingly switches perspectives midway through the story to a new character called Abby and it would be interesting to see how this translates to TV, if they wish to directly translate the story of both games to screen. Ultimately I believe the second game ends at a point that could be built upon in a sequel, and I believe if the TV show is popular enough, the studio behind the game franchise (Naughty Dog) will get to work sooner rather than later on a sequel to the award winning game franchise, as this could be the basis for a third season of the TV show.

The main question for me is, what will this show provide for gamers that are already familiar with the story of the Last of Us? The biggest benefit of telling this story through a TV show format is that it provides the opportunity to explore multiple characters’ perspectives on the events of the games. Alongside the characters of Joel and Ellie, there are also characters such as Joel’s friend Bill, who Joel clearly has a lot of history with. It could be fun to explore their past together through flashbacks; this could follow a format similar to the show Arrow where, when one of Oliver Queen’s friends/enemies from the island he was marooned on comes to Starling City, we’re often introduced to them through a flashback beforehand. Another potential for flashbacks could be before the apocalypse, which could help answer questions that we existing fans have had for the last seven years, such as what was life with Joel’s daughter like? When did he learn to play the guitar? What was Joel’s relationship with his brother Tommy like? These are all great questions that the show could explore, allowing players of the game to expand their knowledge of the characters, whilst giving a more detailed introduction to first time viewers. 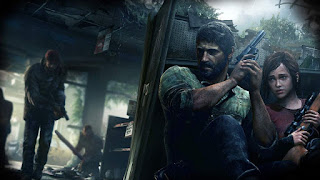 The announcement of Pedro Pascal as the character Joel and Bella Ramsey being cast as Ellie is certainly a step in the direction of helping to make this story mainstream for TV audiences, as well as gamers. For those who don’t know, Pedro Pascal is currently famous for playing The Mandalorian in Disney’s first live action Star Wars TV show, and Bella Ramsey is famous for her role in Game of Thrones. I must say that, given the limited screen time Pascal had in The Mandalorian where his face was shown, he did give a hell of a performance and, whilst I am not a big fan of Game of Thrones, I hear Ramsey did a good job. In terms of the characters I mentioned earlier there has been no announcement as to who might play any of the other side characters, so I thought it best to throw out there some names I think could be good to portray the characters in live action.

For the character of Abby, my first thought was Peyton List, some might know her for her role as Tory in the Karate Kid spin off show Cobra Kai, or some may know her from the Diary of the Wimpy Kid movies in which she plays Holly Hills. I think given her ability to play the vengeful character as she does with Tory, she would make a great choice for the role of Abby, as despite her reasoning, Abby is an extremely traumatised character. This would likely be a fresh challenge for Peyton but I believe there are some elements of Holly’s kindness and Tory’s anger in Abby’s character that Peyton List would be familiar with, and seeing those two personalities come together as a different character entirely would be interesting to see.

With brother Tommy, it was a little harder to come up with someone, though my memory kept going back to Andrew Lincoln, who not only is familiar with playing a survivor in a zombie infested world (as he embodies Rick Grimes in The Walking Dead), but Lincoln has also proven that he has experience with the country accent, and the range of emotions that come with Tommy’s character, as shown during moments of The Walking Dead when Rick Grimes feels his most hopeless.

The character of Bill was a bit of a challenge to me, whilst I probably shouldn’t cast based their on appearance in the game, the only actor that came to my mind for this character is Greg Grunberg, who played Matt Parkman in Heroes. I think, whilst he’s often cast as being the friendly detective, this could be an interesting challenge for him and, since his roles after Heroes mostly seem to be minor roles in major projects, or major roles but minor projects, this could be a good opportunity to bring his name back to the forefront of television entertainment.

As for the roles of Joel and Ellie, whilst I like the cast they’ve really chosen, if I’m fan casting, I think my choices would be Jon Bernthal (known for his performance as Frank Castle in The Punisher) for the role of Joel, and Esme Creed-Miles, whom people may know from the TV show Hanna. Being familiar with the role of a damaged man with little left to lose, I think Jon Bernthal would make an excellent choice because, as shown in the second season of The Punisher, he can play the role of a man hesitant to become a father again but who is also scarred by those he’s lost. Esme Creed-Miles plays a survivor in Hanna, which I think is a perfect way of describing Ellie in The Last of Us, and she was also nominated for an award for her role in that show, which I think is evidence enough that she could play a convincing Ellie.

For me personally, when it comes to trying to tie video games into movies, the final product has been somewhat unsuccessful; I’m hopeful that the Uncharted movie will prove me wrong [also based on a Naughty Dog game btw - Ed], however I can’t get over how I was somewhat underwhelmed by the recent Tomb Raider movie. This is why I am more optimistic for the future of merging storytelling of video games into TV series, as this has shown to be more successful through TV shows such as The Witcher (which stars Henry Cavil), giving time for better character development and for longer story arcs to develop.
Follow Kraig on Twitter @Kraigandhismac
Images - Sony/IMDb
Email ThisBlogThis!Share to TwitterShare to Facebook