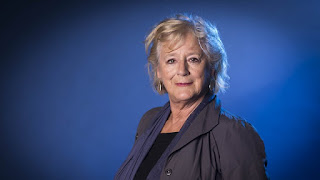 The BBC Audio Drama Awards 2021 has revealed winners including Sir Tom Stoppard, Maggie Steed (pictured above), David Threlfall and the youngest recipient to date, Jordan Nash - all in a virtual ceremony marking the 10th year of the awards. The Outstanding Contribution prize and a new Year Of Reinvention category both recognised the sector’s achievements in light of challenges presented by Covid-19.

Director General of the BBC Tim Davie, who spoke at the inaugural ceremony in 2011, opened the event, saying: “British radio drama remains world famous for the quality and range of the work - from outstanding titles of world literature to brand new works by first time writers, or debut performances by new actors. The importance of audio drama as a laboratory for new talent and production skills is a vital component in the broader British cultural sector.

“After this extraordinary year, these awards are particularly about celebrating the teamwork that goes into creating great content, despite the challenging circumstances that we have all been working in.”

The award for Best Adaptation was presented to playwright Sir Tom Stoppard for The Voyage Of The St. Louis. His vivid adaptation of Daniel Kehlmann’s play told the story of 900 Jewish refugees on board an ocean liner several months before the outbreak of the Second World War. Accepting the award by video message, Sir Tom said: “I’m proud to say I’ve been a radio playwright on and off for more than half the life span of radio drama itself. So I’m pleased as punch to be a participant on any terms in this celebration of the art of radio.”

The best actor categories recognised performances ranging from the dark and reflective, to the comedic and inspiring. Maggie Steed took Best Actress for her solo appearance in Suffer Little Children, in which on her 80th birthday, a woman recounts a life of sacrifice. Best Actor was awarded to David Threlfall for his portrayal of legendary comedian Ken Dodd in Happiness!. At 13 years old Jordan Nash, known to audiences for Harlots and the 2019 cinema remake of Aladdin, became the youngest recipient of a BBC Audio Drama award. Nash was presented with Best Debut for his role as Oli in the radical updating of Dickens’ classic, Oliver: Lagos To London.

A new award, Year Of Reinvention, recognised productions responding to the impact of the pandemic. It was presented to Lockdown Theatre Festival’s broadcast of Rockets and Blue Lights - part of a project spearheaded by actor Bertie Carvel giving stage productions cut short by coronavirus new lives on Radio 3 and Radio 4; also including Love, Love, Love, Shoe Lady and The Mikvah Project.

This year’s Outstanding Contribution award also reflected on recent challenges. Dedicated to studio managers, engineers and all technical staff, both at the BBC and independent production companies, it recognised their ingenuity and commitment to audio drama over the last 12 months. The award was presented through a video message by writer Neil Gaiman, who said: “This award recognises your Herculean efforts over the last 12 months. You had to reinvent the wheel for almost all of your working practices overnight. It’s an incredible achievement and there could be no question that this year’s Outstanding Contribution Award would be dedicated to all of you.”

Alison Hindell, Radio 4 Commissioning Editor for Drama and Fiction says: “It has been a year unlike any other for us all and I know listeners have found enjoyment, escapism and diversion in listening to the high-quality drama and comedy productions that have continued despite such difficult personal and professional circumstances. The awards this year are doubly deserved - congratulations to all the finalists and winners.”

Further winners included the surreal satirical comedy show, The Skewer, haunting drama podcast Unwell: A Midwestern Gothic Mystery, Johnny Flynn and Robert Hudson’s blending of music and satire, Magnitsky The Musical, plus many more - a full list of winners is below. 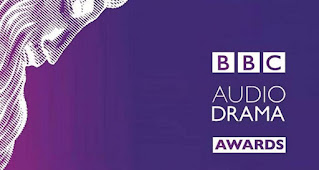 Outstanding Contribution
All studio managers, sound designers, technical staff and engineers contributing to audio drama through this past year