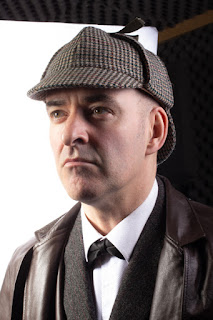 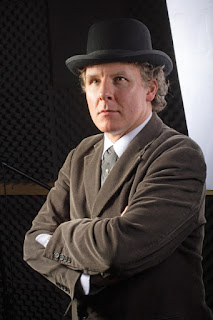 Arthur Conan Doyle's beloved sleuth is back in a new pair of full-cast audio Sherlock Holmes adventures from Big Finish, due for release in July...

Nicholas Briggs returns as Sherlock Holmes with Richard Earl as Watson as they go head-to-head with new and old villains alike and once again solve the unsolvable. They are joined by Lucy Briggs-Owen as American actress Genevive Dumont in two new adventures written by Jonathan Barnes and directed by Ken Bentley.

Big Finish’s Sherlock Holmes range covers retellings of some of the classic Holmes stories, including The Hound of the Baskervilles, The Speckled Band and The Final Problem, as well as a whole run of brand new tales. These full-cast audio dramas are brought to life with eerily engrossing sound design and cinematic music score.

The two new cases for Baker Street’s finest are will be The Fiends of New York and The Seamstress of Peckham Rye.

Sherlock Holmes himself, Nicholas Briggs said: “It’s a real conspiracy-based couple of stories, of things that connect to the government and things that connect to a new force in the underworld of London. There's an awful lot of ‘what you think you see is not what you see’, as it were – in an audio sense! Jonathan Barnes is very wise in leaving question marks lying around.”

Producer Emma Haigh added: “Bringing the world of Sherlock Holmes and Dr Watson back to the audio audience has been a real joy – Jonathan Barnes has created two wonderful new stories and pitch perfect scripts which have been brought to life so brilliantly by the incomparable Nicholas Briggs and Richard Earl.”