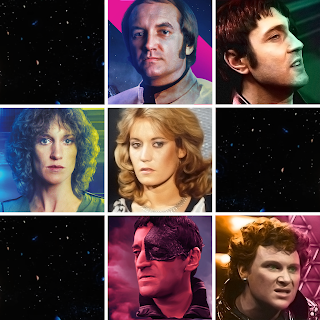 The Worlds of Blake’s 7 are set to expand more than ever before, as some familiar faces take centre stage in a range of full-cast audio adventures from Big Finish Productions...

Producer David Richardson said: “I’ve had this in my mind for nine years. When we first started making Blake’s 7 at Big Finish, I had vague plans to do a series of box sets that centred on characters originally created for the series by Chris Boucher. At the time, it never came to pass… but now, here we are!

“The Clone Masters explores that enigmatic race which was introduced in the brilliant Season B episode, Weapon. We have Jenna and Cally on a mission together. We have the return of Travis, in which he comes face to face with… another Travis. (Fear not, it’s not down to time travel and it all makes sense within the series story world). And we have Hinton, a psychostrategist who… ah, but that’s for later.

“It’s taken nine years, but it’s been worth the wait!”

Script editor Peter Anghelides added: “It's such a treat to delve into previously unexplored parts of Blake’s 7. What are the unrevealed secrets and motivations of the Clone Masters, who on TV we met briefly before later hearing of their untimely demise? What further influence across the galaxy do the Terra Nostra have, when we know that they are involved in whatever is dirty, degrading, and cruel on every civilised world?

“And how did Bayban become the Butcher that the Liberator crew encountered in his startling original appearance… and how could he possibly have survived that?

“Our new full-cast audios offer nine thrilling and stylistically different adventures, featuring aspects based on those tantalising first experiences in the TV show. It’s brilliant to hear the original cast members facing these brand-new challenges. And the novels broaden that even more in three exciting, wide-ranging journeys in the Blake’s 7 universe.” 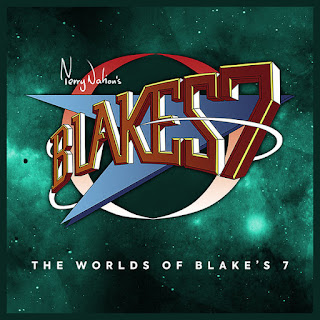 Each new box set is paired with a related tie-in audiobook, as follows:

Due for release in September 2021, The Clone Masters revisits original script editor Chris Boucher’s enigmatic race from the second television season’s episode Weapon. This box set is released alongside The Rule of Death, a full-length audiobook written by Trevor Baxendale.


Then in December 2021, Colin Baker returns as the eponymous career criminal Bayban the Butcher, first seen in 1980’s City at the Edge of the World. Accompanying this release is Bayban Ascending, a full-length audiobook written by Nigel Fairs.

The Worlds of Blake’s 7 – Bayban the Butcher & Bayban Ascending are now available to pre-order either individually as a bundle on collector's edition CD or digital download at www.bigfinish.com.

The Worlds of Blake’s 7 – The Terra Nostra & Zero Point is now available to pre-order either individually or as a bundle on collector's edition CD or digital download at www.bigfinish.com.

Big Finish listeners can save more by pre-ordering all three box sets – The Clone Masters, Bayban the Butcher & The Terra Nostra – for £80 on collector’s edition CD and £70 on download, exclusively from the Big Finish website.