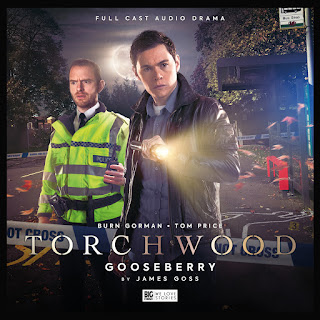 Andy has a girlfriend. She's called Caite and she's utterly lovely. And then she meets Owen.

Owen finds out that Caite has a secret. One that he's desperate to understand. But, the more he discovers, the more dangerously close to Caite he becomes.

What's going to happen when Andy finds out? 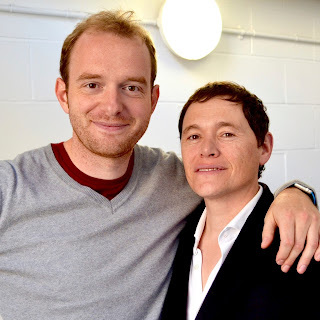 Writer and producer James Goss said: “One of the benefits of lockdown has been getting to record more with Burn and Tom Price. Burn himself suggested this story - what if PC Andy gets a girlfriend and Owen has issues with the situation? Lois Chimimba puts in a great performance as Andy's sweetheart. Not everything is what it seems, obviously, but it's a privilege working with them on this during the recording.”

ICYMI! Andy and Owen are back in a new #Torchwood adventure! Get Gooseberry here: https://t.co/O2yW9JOei9 pic.twitter.com/6bgZMZ4XBj

Torchwood: Gooseberry is now available as a collector’s edition CD at £10.99 or on download at £8.99, exclusively at www.bigfinish.com.

Listeners of the Big Finish Torchwood range can save money by pre-ordering a bundle of stories. A six-release bundle is £60 on CD or £50 on download – or save even more money by ordering all twelve of the latest Torchwood releases together at £110 on CD or £94 on download.