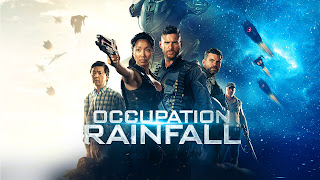 From the VFX team behind The Last Jedi and Blade Runner 2049, Occupation Rainfall is a sci-fi action sequel to the 2018 film Occupation, again written and directed by Luke Sparke. The film sees Dan Ewing and Temuera Morrison reprising their roles from the original film, alongside a stellar cast including Jason Isaacs and Ken Jeong.

After an intergalactic invasion of Earth, where survivors are fighting back in a desperate ground war, the resistance uncover a plot that could see the war come to a decisive end for mankind. With the alien invaders hell-bent on making Earth their new home, the race is on to save the planet.