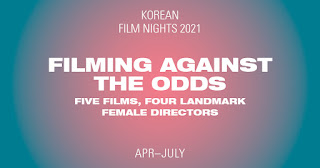 This season follows the tradition of the London Korean Film Festival, which dedicates a strand each year to Women’s Voices. In a special collaboration with the Korean Film Archive, the Korean Cultural Centre UK will release five films from four landmark directors, aiming to spotlight those who revealed the existence and vision that the dominant gaze did not show, particularly directors who started their activities before feminist discussions began in Korea in the 1990s.
All films will be free to watch and hosted on the KCCUK Youtube channel, they will be released every two weeks from today.

The season includes the UK premiere of two films by Choi Eun-hee (1926-2018), Daughter-In-Law, showing from today, and A Princess’ One Sided Love, available from 27th May, both unreleased in this country for over 50 years. Both costume dramas, Daughter-In-Law displays a real warmth and affection in its unlikely central relationship.

The humorous A Princess’ One Sided Love stars a wildly popular Nam Jeong-im at the height of her career. Choi Eun-hee herself has a remarkable backstory, starting her career as an actress and becoming one of the biggest stars of Korean cinema in the fifties and sixties until she was abducted in 1978 and forced to make films in North Korea during the 1970s and 80s, before escaping via Vienna to the US in 1986 and finally heading back to Korea in 1999. Her prolific director husband, Shin Sang-ok, was eventually abducted along with her after having established Korea’s largest studio, Shin Films.
Other Films in the season include: 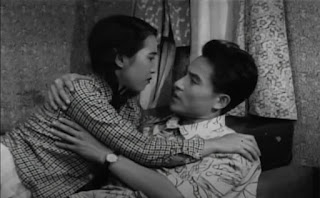 PARK Nam-ok, 1923~2017 - The Widow (1955) Available throughout the season
Park Nam-ok was the first female director in Korea with her feature The Widow from 1955. This achievement is even more impressive when we consider it was made during a time when filming location Seoul was in ruins from the war. There is a much reproduced photo of her taken during the shoot, looking care-worn, her baby girl on her back. Park created a pioneering film which follows war-widow Shinja (Lee Min-ja) as she resists societal expectations when she meets a young man she wants.

LEE Mi-rye, b. 1957 - My Daughter Rescued From The Swamp (1984) Available 10th June
The International premiere of My Daughter Rescued From The Swamp from Lee Mi-rye, the first commercially successful female director in Korea. Her film ranked fifth most popular in 1986, its year of release. The film particularly connected with younger audiences, with main actress Kim Jin-ah giving an extraordinary performance as rebellious teenager Yuri. 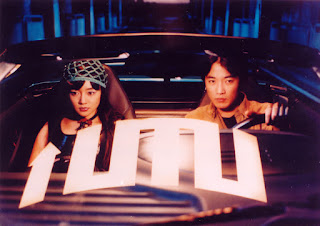