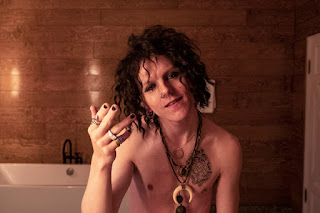 Netflix has released the first trailer for the second season of Ragnarok, launching at the end of the month...
Press Release

Ragnarok is a coming-of-age drama building on, and contributing to, a new and surprising angle on Norse mythology. In the second season, Magne has to accept that, now that he’s ready for battle, his enemies are too many and too strong. Is there anyone else who, like him, has supernatural powers? And will he be able to find these people in time? And what happens when it turns out that his little brother, Laurits, is also quite exceptional, but that he views the world very differently from Magne? In the second season of Ragnarok, the conflict gets tougher, evil gets more focused, and the choices even more desperate. In the midst of all this, Magne is faced with the fundamental question: How far are you willing to go in order to save your family?
Returning cast from season one includes David Stakston (Magne), Danu Sunth (Iman), Jonas Strand Gravli (Laurits), Theresa Frostad Eggesbø (Saxa), Herman Tømmeraas (Fjor), Emma Bones (Gry), Henriette Steenstrup, Odd-Magnus Williamson, Synnøve Macody Lund, Bjørn Sundquist and Gísli Örn Garðarsson. New cast members for the second season includes Vebjørn Enger (Jens), Benjamin Helstad (Harry), Billie Barker (Signy), Jesper Malm (Odd Moland) and Espen Sigurdsen (Halvor Lange).