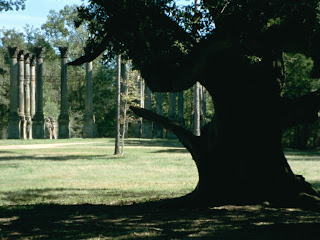 Available to watch online now, as part of Sheffield DocFest 2021, Tony Cross watched The Annotated Field Guide of Ulysses S. Grant...
Directed by Jim Finn this is an hour-long film that tells some of the history of the American Civil War through the sights that still litter the American landscape. Whether these are buildings, battlefields, cemeteries, signposts, individual graves, street names, statues and even the names of motels and ferry boats. These objects are like the objects left over by the mysterious aliens in Boris and Arkady Strugatsky’s Roadside Picnic, which was famously turned into a film by Andrey Tarkovsky: Stalker. Finn guides us through these objects, like a Stalker giving them context and piecing historical memory back together.

The battles of the American Civil War were bloody affairs fought, often, in the most difficult of terrain. Terrain that this film lets you see. This is not a film I suspect those fans of the Confederate ‘Lost Cause’ mythology will like. It clearly shows what kind of men Robert E. Lee, Nathan Bedford Forest, and Jubal Early were. They were white supremacists, even though that might be a name that they would recognise. It was what they were. The mythology of gentleman slave owners fighting for states’ rights is precisely that: a myth. They were fighting for the preservation of slavery, a cause which Ulysses S. Grant writes was “…I believe, one of the worst for which a people ever fought, and one for which there was the least excuse.” A quote Finn uses in his film. 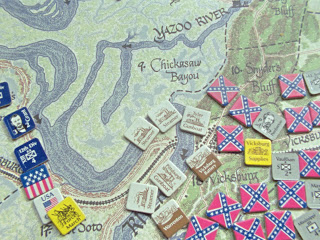 This film is, in some ways, a glorious slide show or history lecture. This is not meant to be faint praise. I love history lectures. I did my degree in History, which included study of the American Civil War. This film stitches images, words, and music together to give you an introduction to the American Civil War that makes you want to know more and kindly provides a long reading list for you at the end. * There are lots of documentaries out there about the American Civil War, including the Shelby Foote series The Civil War: A Narrative, but this is as much about the present as it is about the past. It is about the shadow the Civil War casts on modern America by its presence in the landscape. Civil Wars are hard to escape.

It does not let Ulysses S. Grant off either. There is a section on his infamous General Order 11, issued during the Vicksburg campaign, which begins:

I.. The Jews, as a class, violating every regulation of trade established by the Treasury Department, and also Department orders, are hereby expelled from the Department.

After the war Grant did his best to forget he had ever issued the order and there is some evidence that he tried to make up for it afterwards. However, it is a stain on his reputation that the film does not skip.

The film also briefly talks about other key figures Confederate and Union, particularly Generals Sherman, Sheridan and Thomas who were four of the key figures to help Grant defeat the Confederacy.

As you can probably tell I really enjoy this. If you teach American history, I think it would be a good film to watch in class, although in these days of culture wars it will probably upset someone if you do. It is a good introduction to a complicated topic and filled with memorable images. Worth an hour of your time, I think.

* I would recommend starting with Battle Cry of Freedom, by James M. McPherson as a good starting point.
Follow Tony Cross on Twitter @Lokster71
Find out more about The Annotated Field Guide of Ulysses S. Grant and book tickets to watch in cinemas or online here.
Image - https://jimfinn.org/Grant.html
Email ThisBlogThis!Share to TwitterShare to Facebook