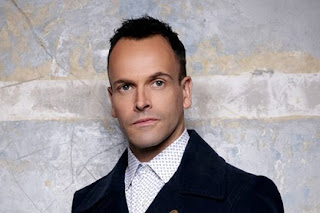 "From Sick Boy to Settler." With Settlers being released at the end of the month, thanks to Vertigo Releasing, here's a quick look at the rise and rise of Jonny Lee Miller...
Press Release
Since his iconic turn as Sick Boy in the smash hit 1996 film Trainspotting, actor Jonny Lee Miller’s career has gone from strength to strength, and shows no signs of slowing down. In the dazzling new sci-fi thriller Settlers, he plays a father who, along with his wife (Sofia Boutella) and child, have made their home in a barren wilderness on Mars, only to have it torn apart when a dangerous stranger intrudes into their compound. Here’s a look at his career over the years. 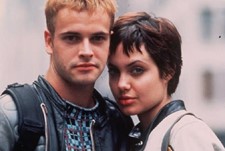 After appearances in TV shows including EastEnders, Doctor Who and Casualty, Miller made his feature film debut in Iain Softley’s crime comedy about computer hackers attempting to prevent a dangerous virus from being unleashed. Miller and his co-star Angelina Jolie, both on the brink of stardom, fell in love on set, and were married the following year. They were divorced in 1999. 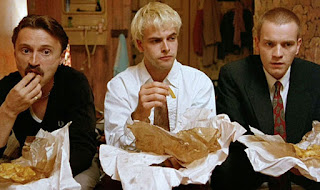 Danny Boyle’s adaptation of Irvine Welsh’s cult novel caused a sensation when it was released - a wildly, irreverent and exuberant dive into the Edinburgh drug scene, packed with terrific performances and an of the moment soundtrack, it launched the careers of stars Ewan McGregor as Renton, Robert Carlyle as Begbie, Ewan Bremner as Spud and Miller as Sick Boy. The four reunited for the sequel in 2017. 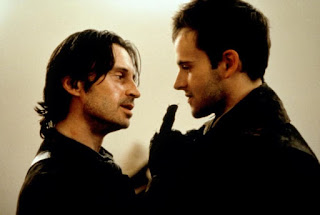 Miller reunited with his Trainspotting co-star Robert Carlyle for this period romp with a very modern edge, directed by Jake Scott, son of Ridley Scott.  Miller and Carlyle play ‘Gentlemen Highwaymen’ in 18th century England, attempting to lighten the purses of aristocrats whilst avoiding the long arm of the law. It’s infectious fun, and the Trainspotting duo light up the screen once again. 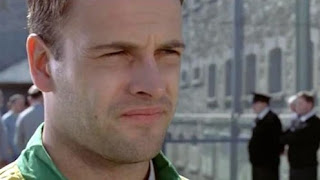 In this action thriller Miller stars as a man seeking revenge for his wife’s death. Her killer is in a maximum security prison, so Miller gets himself arrested, with a plan to get thrown into the same prison as the man he wants to kill. But things don’t go quite how he expects them to. 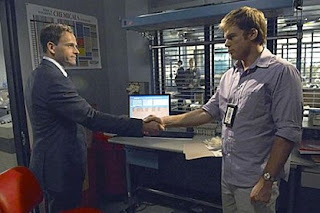 Miller appeared in Season Five of the TV show starring Michael C Hall as the police analyst who is also a serial killer who only targets other killers. Miller played Jordan Chase, a self-help guru who is secretly the head of a gang of torturers who target young women. That is, until Chase crosses paths with Dexter... 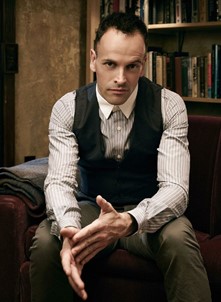 This new version of Arthur Conan Doyle’s character, starred Miller as  Sherlock Holmes and Lucy Liu as Doctor Watson, and was set in modern day New York. Miller was up against some stiff competition back in his native UK, where Benedict Cumberbatch was starring in the BBC’s Sherlock, but Miller could rest easy - The Hollywood Reporter said he was “superb and compelling” as Holmes, and the show proved a hit and ran for seven seasons. In Wyatt Rockefeller’s remarkable debut feature, Miller plays Reza, a father who will do anything to protect his family from an intruder on their remote Martian homestead. This is no longer the fresh-faced Jonny Lee Miller we’re used to - sporting a full beard, his face weathered by experience,  Reza is protective, loving and the calm at the centre of a storm that threatens his family - Miller’s come a long way from Sick Boy!

AND, coming next year, Jonny Lee Miller has something even more MAJOR planned.

The award-winning Netflix drama series, chronicling the intrigues and scandals of the British Royal Family, has proved tremendously popular, and has attracted a high calibre of actors to play the various members of the Windsor family through the ages, including Oscar winner Olivia Coleman as the Queen and Matt Smith as Prince Philip. Miller will appear as Conservative Prime Minister John Major in Series 5 of the show, which will air next year. His predecessor on the show, Gillian Anderson, won a Golden Globe for her portrayal of Margaret Thatcher. Perhaps The Crown will nab Miller his well-deserved first gong?


SETTLERS WILL BE RELEASED ON DIGITAL PLATFORMS IN THE UK & IRELAND ON 30TH JULY thanks to Vertigo Releasing
Email ThisBlogThis!Share to TwitterShare to Facebook