Documentary - News of the Dead 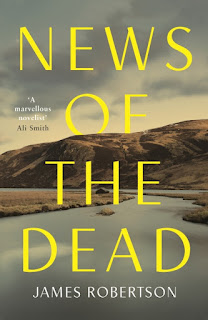 A new film about leading Scottish novelist James Robertson, commissioned as part of the Edinburgh International Book Festival’s Reading Scotland project, is to receive its World Premiere at the Book Festival next week...

Press Release
Made by award winning filmmaker Anthony Baxter, the short documentary/drama follows Robertson as he explores the writing of his new novel News of the Dead, which is set in the fictional Glen Conach. Published by Penguin this month, the book features characters set hundreds of years apart, but all linked by the same place: an ancient hermit, a nineteenth-century charlatan and, in the present day, the Glen’s eldest resident whose young schoolboy friend thinks he’s seen a ghost.

In the film, Baxter follows Robertson from his home in Newtyle to Glen Esk in search of an ancient cross stone captured in a postcard, once given to the novelist by a neighbour. The stone is said to have been carved by a pupil of the real life seventh-century Glen Esk hermit, Saint Drostan.

Speaking to Baxter by Loch Lee in the film, Robertson says, “You come to a place like this and you find that your fiction is echoing things that really did happen.”

The film also sees the screen debut of 8-year-old Emily Goudie who plays the ghost, while 88-year-old Montrose resident Nancy Baillie provides the voice for the fictional Maja. 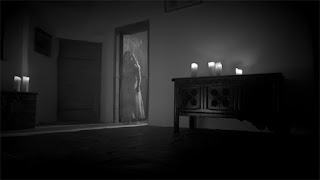 “It’s been a real privilege to make this film with James Robertson,” said Baxter, speaking from his home in Montrose. “He is one of Scotland’s most respected novelists, and it’s been fascinating to explore the five year creative process of this extraordinary and compelling book, which has been partly shaped by the pandemic we’ve all been living through.”

Reading Scotland is an innovative Edinburgh International Book Festival project to find new ways to understand Scotland in a post-Covid era. Six Scottish authors were each invited to work closely with a filmmaker to create a short film inspired by their book. The films will be presented at the Book Festival this month alongside a conversation with each of the authors. This project is intended as a collaborative, internationally-minded exploration of how new Scottish writing and film-making can help citizens understand this country, its writing and its identity. Reading Scotland is supported by the Scottish Government’s Edinburgh Festivals Expo Fund.

Although in-person tickets for the event on Monday 16th August at 5.30pm at the New York Times Theatre in Sculpture Court, Edinburgh College of Art sold out within minutes, online tickets are available here.