Film - The Power of the Dog 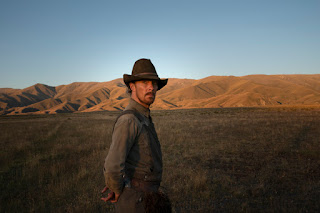 The 65th BFI London Film Festival has announced that this year’s American Express Headline Gala will be The Power of the Dog...
Press Release
Directed by Oscar® and Palme d’Or winning filmmaker Jane Campion, the film will receive its UK Premiere on Monday 11th October at LFF Gala venue the Southbank Centre’s Royal Festival Hall, with Campion expected to attend along with key cast.

Adapted for the screen by Campion and based on the 1967 novel by Thomas Savage, the film features a fantastic international cast with Oscar nominee Benedict Cumberbatch and Jesse Plemons playing the Burbank brothers, alongside Kirsten Dunst and Kodi Smit-McPhee. A See-Saw Films, Bad Girl Creek and Max Films production in association with Brightstar, The New Zealand Film Commission, Cross City Films and BBC Film, the film is produced by Jane Campion, Tanya Seghatchian, Emile Sherman, Iain Canning and Roger Frappier. The film was developed with BBC Film, and will debut on Netflix later in the year following a theatrical release in UK cinemas.

The Power of the Dog is the story of Phil Burbank, played by Cumberbatch, a charismatic rancher who inspires fear and awe in those around him. When his brother brings home a new wife and her son, Phil torments them until he finds himself exposed to the possibility of love.

Jane Campion is one of the world’s great directorial talents. Her work in film has also paved the way for many women in the industry. At the 1994 Academy Awards®, she won Best Original Screenplay and was the second woman to be nominated for an Academy Award® for Best Director for The Piano. Campion was also the first female filmmaker to receive a Palme d’Or from the Cannes Film Festival for The Piano. The LFF is delighted to welcome Campion back to the Festival, as she last attended in 2009 with her romantic drama Bright Star, starring Ben Whishaw and Abbie Cornish.

Writer, director and producer of The Power of the Dog, Jane Campion, said: “I am thrilled to share The Power of the Dog at the LFF. It will be an honour to be there along with so many of my British team members, large amongst them the brilliant Benedict Cumberbatch who is the broken heart and dark soul of this story.”

Tricia Tuttle, BFI London Film Festival Director, added “Jane Campion is one of the world’s great filmmakers. An artist with the ability to get under your skin, make you see things in people and situations you would otherwise miss. And that is so true of The Power of the Dog. It’s a sumptuous new work with many delicately revealed surprises, not least a deliciously dark performance from Benedict Cumberbatch. It’s such a pleasure to have Campion return to the LFF with our American Express Gala.”