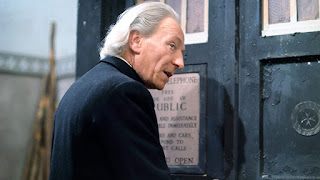 As part of its 100 Voices That Made The BBC archive project, BBC History has launched its Entertaining the Nation Collection...
Press Release
Offering a rare insight into broadcast entertainment across the years through newly released interviews from the BBC Oral History Collection, plus an array of rarely seen photographs, archive highlights include insights into popular sketches from Morecambe and Wise, the controversial creation of Doctor Who and its ‘bug-eyed monsters’, innovative formats that pioneered in Sportsview, the humble beginnings of the now world-famous natural history programming, and of course the all-important battle for Saturday Night family viewing. The Collection also includes an unseen image of the first ever broadcast knife-throwing act in a variety sequence of Here’s Looking At You in 1936.

Overall, this BBC Oral History Collection captures some of the best loved entertainment shows on BBC television, offering new revelation and insight into their creation and evolution:
Sport: In 1954, the BBC launched the revolutionary Sportsview which used studio, outside broadcasts (OBs), film and interviews for the first time. This ground-breaking programme soon became the vehicle for the BBC’s Sport Personality of the Year award, and subsequent improvements in the overall quality of the BBC’s coverage of football is reported to have been the reason why the broadcaster was chosen to host the 1966 World Cup Finals. The Collection contains interviews with some of the key people who established the BBC’s leading reputation for the coverage of sport, including Seymour Joly de Lotbinière (Lobby), former head of both radio and television OBs in the immediate post-War period, Sir Paul Fox, the editorial driving force of the BBC’s earliest regular sport programming and Brian ‘Ginger’ Cowgill, a sport producer who became the BBC’s first Head of Sport. 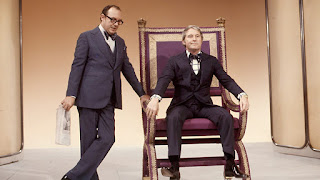 Saturday Night: From Morecambe and Wise to Parkinson and The Generation Game, the Collection celebrates the broadcaster’s colourful history in drawing the nation together with iconic programmes that provided something for all the family. As competition for Saturday Night viewers increased with the advent of commercial TV rivals, the BBC faced a real challenge. They met this with the introduction of the hugely popular Generation Game, fronted by Bruce Forsyth. The Head of BBC’s Light Entertainment at the time, Bill Cotton, explains how the hit TV show came to be. The Collection also includes the famous Morecambe and Wise Christmas Show sketch from 1971 and a hilarious interview with Andre Previn reflecting on his time performing with the madcap duo. 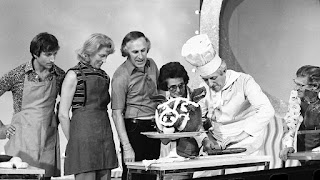 Comedy: The comedy voices in the Collection reflect on how the BBC constantly pushed boundaries, despite the infamous 1948 ‘Green Book’ (BBC Variety Programmes Policy Guide), which laid out strict guidelines for producers around keeping broadcast comedy free of ‘crudities, coarseness and innuendo’. Yet, had the BBC writers and producers stuck to these guidelines, some of the great comedy classics as we know them would not have been broadcast. The Collection gives insights into some of the decision-making processes and the programming discussions made at the time, including the ructions caused by the topical satire show That Was The Week That Was, which made an overnight star of its youthful lead presenter David Frost and hastened the end of political deference. 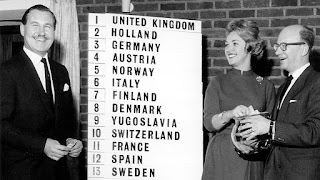 Events: The BBC has always given audiences a ring-side seat at some of the greatest entertainment and state events, from the 1953 Coronation of Queen Elizabeth II – with television cameras almost denied access, to the technological challenges of Our World, the first global satellite link up. The insider stories are all available, as well as producer Yvonne Littlewood’s account of staging the 1963 Eurovision Song Contest in BBC Television Centre - a feat never repeated again! 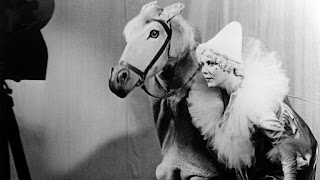 As part of the Entertaining the Nation Collection, BBC History is also publishing the original running order of the first BBC Television entertainment programme, Here’s Looking at You from Alexandra Palace in 1936, plus newly released photos of the early entertainers, including singer Helen McKay (who sang the title song Here’s Looking at You) and variety acts as diverse as acrobats, singers and knife-throwers.

Speaking about the latest archive release, Robert Seatter, Head of BBC History, said “Unique voices from the BBC Oral History Collection, carefully curated and illuminated by our partner academics, really bring to life the diverse role of the BBC as an entertainer from 1936 onwards. It is fascinating to listen to the key insights from the people that were behind some of the most iconic entertainment programmes on British television and how they pioneered what we see today.”

Dr Jamie Medhurst, Lead Curator of the Entertaining the Nation archive and Lead Academic in Film, Television and Media at Aberystwyth University, added “The insights that the interviews in the BBC’s Oral History Collection give are uniquely valuable. We get to hear voices, many for the first time, which shed light on policy decision-making, programmes, actors … and what Eric Morecambe thought of the Grieg Piano Concerto sketch with Andre Previn!”

The 100 Voices that Made the BBC archive project is a collaboration with The Sussex Humanities Lab, University of Sussex; Centre for Media History, Aberystwyth University; Department of Media and Communication, University of Leicester and The National Media Museum.

Entertaining the Nation is the eighth edition in the 100 Voices That Made The BBC collection. Previous editions cover Elections, The Birth of TV and Radio Reinvented, People, Nation, Empire and Pioneering Women.
Images - BBC
Email ThisBlogThis!Share to TwitterShare to Facebook