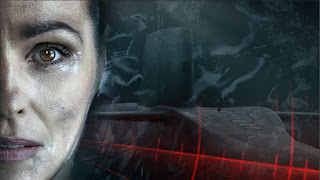 With the new BBC drama underway, and available on BBC iPlayer, read An introduction to Vigil, by the series creator/writer Tom Edge...

When a crew member is found dead on board the Trident nuclear submarine HMS Vigil, police in Scotland are called in to investigate. The catch? The UK’s nuclear deterrent must remain unbroken, so the submarine stays on patrol and Detective Chief Inspector Amy Silva (Suranne Jones) must go aboard to begin an investigation.

Although the death was written off as an accidental overdose, Amy suspects foul play. But when the crew close ranks in the face of Amy’s questioning, a new threat overshadows her inquiry.

In April 1969 the Royal Navy launched Britain’s Continuous At-Sea Deterrent (CASD) in response to a perceived strategic weakness - our vulnerability to a pre-emptive nuclear strike. By placing ballistic missiles on submarines, and by ensuring that a submarine was always at sea, this threat could be countered with the promise of an unstoppable reprisal.

The day-to-day operation of the CASD rests on the shoulders of ordinary men and women. When they go on patrol, 130 people leave their regular lives behind to live in cramped conditions, with no privacy, foregoing daylight and cut off from almost all communication with the outside world. During a three-month patrol the only news from home is a short, heavily vetted weekly message from a designated sender. No bad news is allowed to be included, in case it destabilises the recipient. If a crew member’s spouse was killed in a car accident while the crew member was on patrol, the first they’d know about it is when the Coxswain takes the crew member aside after they dock.

The sacrifices made by these crews are substantial, as are the stresses incurred as their duties are performed. Perhaps it’s unsurprising then, that in recent years several scandals have rocked the Navy, from crew members failing drugs tests to on-board affairs between officers and junior ranks.

For the most part what helps keep people on a level is regularity. Sleep, work, relaxation, rotating in a fixed pattern. Meals on a weekly schedule so that ‘curry night’ grounds your sense of time passing. Drills help to keep people sharp, and studying or training fills the gaps.

Crews work hard to support each other and to limit interpersonal conflict. A successful patrol is one in which nothing unexpected happens. 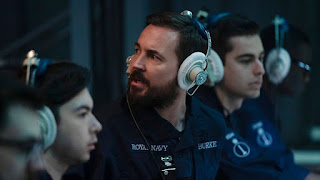 A few years ago, development producer George Aza-Selinger pitched me the idea of the unexpected happening.

The premise he offered me was a sailor being found dead during an active patrol, with an additional problem so far as the Navy is concerned: the death occurs while the submarine is inside British territorial waters, making it a matter for the police. A compromise between Navy and police is reached, and a single detective is flown by helicopter to join the submarine on its patrol.

(Operationally this is of course hazardous and undesirable - the submarine ought to stay hidden - but it does sometimes happen, most commonly when a seriously injured or unwell sailor needs medevac).

The promise of the premise was really clear. A locked-room mystery, in which the detective must work and sleep alongside the antagonist they’re pursuing. A detective forced to work without all the things that usually support them: colleagues, forensic tools, access to information and records. The tensions created by an outsider disrupting the crew’s cohesion.

But just as appealing was the mythic feel of these giant vessels. These are boats designed to vanish beneath the waves, to cross thresholds. I started to think about the kind of character who might need to be swallowed into the belly of a whale.

DCI Amy Silva was born from those considerations. Her history makes the claustrophobic environment a tough test for her psychologically. Questions that she has grappled with in her civilian life are complex and deep running, sometimes submerged, sometimes becoming visible in a way that makes her feel vulnerable. Problems she had communicating with her ex-partner find new form in the one-way signalling between land and submarine; Amy can listen, but can’t talk back. There is no safe place for Amy to retreat to. All she has to hide behind is the thin curtain pulled across her bunk. Thrown into a highly charged situation with no time to prepare, she faces a reckoning with her most fundamental fears and desires. I’m incredibly grateful that Suranne agreed to play Amy - she does it brilliantly.

In creating the show’s antagonist I again thought about these submarines - how they remain hidden, trying to evade detection, but always hold within them the capacity for sudden violence.

And we went from there. I was joined by a host of talented writers and producers, directors, cast and crew. There aren’t many companies who have World’s experience making twisting, turning thrillers and they assembled some world-beating talent, on and off-screen, to bring Vigil to life. We hope you enjoy it!