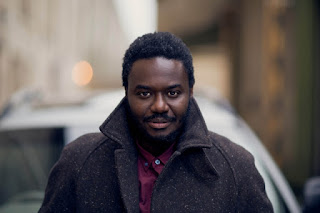 Half genius, half liability, he's apparently worth the hassle. Watch the trailer for Wolfe, coming to Sky Max and streaming service NOW next month...

Written and created by Paul Abbott (Shameless, No Offence) Wolfe brings a fresh take on the traditional forensic crime drama series, promising a vibrant and dynamic journey, with love and family at its heart. With all episodes available on Sky Max and NOW from Friday 10th of September, Wolfe is a feel-good series about dead folks, that is not afraid to get up close and personal with blood and gore. Explosive stakes and unique crime scene discoveries only add to its energy, attitude, and wit, taking it miles ahead of any other forensic series.

Starring Babou Ceesay in the title role, the six-part story of the week series follows Forensic Scientist Professor Wolfe Kinteh, a forensic powerhouse and North England’s finest crime scene expert. Wolfe’s brilliance comes with an appetite for bending any rule he encounters, but all for the very best reasons.

Each week Wolfe and his team are sent to new, compelling locations to piece together the parts of an outlandish and unconventional investigation. His team will face exploding vehicles, buildings and even bodies, doing anything to unearth the mysterious truth behind these crimes. One thing is for sure though, they won’t be doing it in a way anybody expected as Wolfe attacks life with a bipolar approach and deploys his scientific brain to each new case, but what works so well on a crime scene, at home, not so much.

Babou Ceesay said “I can’t wait for the viewers to meet Wolfe. Paul Abbott has poured his unique take on humanity into this complicated, fascinating character. I loved every minute of bringing him to life and working with the incredible cast and crew. It’s been an extraordinary experience creating the show and viewers are in for a fun and enigmatic journey.”
The series is directed by Adrian Shergold (Mad Dogs) and Sean Spencer (Panic) and executive producers for the show are Paul Abbott, Martin Carr (No Offence) and Paul Coe. The show is produced by Emma Burge (Shameless) and script produced by Henry R Swindell (Torvill & Dean, No Offence).

All episodes of Wolfe will be available on Sky Max and streaming service NOW from Friday 10th September.
Image - Sky
Email ThisBlogThis!Share to TwitterShare to Facebook