Documentary - Skinwalker: The Howl of the Rougarou 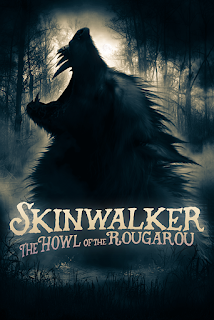 Trying not to sound like Scooby Doo, Steve Taylor-Bryant raves about the latest documentary out next week from Small Town Monsters, Skinwalker: The Howl of the Rougarou...

Do real werewolves exist? In the American south legends tell of encounters with a creature that stalks the swamps and bayous. A creature who was here long before the immigrants who settled the region. An ancient evil called the Rougarou. Legends tell of a cannibal tribe of shapeshifters who retreated deep into the forests where they slowly lost touch with their humanity. A tribe who went on to become something far darker; a skinwalker. Now, nearly 400 years since the legend of the Rougarou first began to circulate, people are encountering the creature once again. The truth behind these vicious, horrifying brushes with the unknown will make your blood run cold. Does the Rougarou still stalk the swamps of southern Louisiana? The truth may surprise you...

My love for the crew at Small Town Monsters is well documented. I have seen just about everything they have released and, as my previous reviews of their films will attest, I like what they do. The difference this time around for me is that I am not familiar with the subject matter. Previous films from Seth Breedlove and the gang have included things that I am already well versed in from my own fascinations and research, Bigfoot and Alien visitors and Unidentified Flying Objects have enthralled me for nigh on four decades, and yet I still got something from the films. This time around I knew nothing. I was never fascinated by werewolves as a kid, I have no clue about French gothic fairy tales and the term Rougarou is a new one on me. Whilst previous outings with projects from Small Town Monsters have been a joyous voyage of entertainment, this was all of that and an education too. 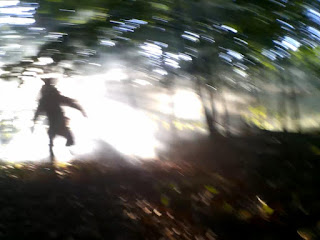 The Rougarou legend is a great monster story, one I now wish I would have had access to a long time ago, and for every witness statement and excellent visual effect in the film that tells this legend there is also another level of education happening. This is a wonderful lesson in culture, in the geographical make up of an area I am not well versed in, and in very human issues of location, and family, and race, and religion, and global warming. Skinwalker: The Howl of the Rougarou is so much more than just a werewolf documentary.
As with all films that wish to bring a mystery monster or a legend to a wider audience, the information is only as good as its delivery system and, with Small Town Monsters, they find the most excellent specialists and the most compelling witnesses and, outside of the Louisiana landscape, it is these witnesses, many from the local native tribes, that hold the key to enjoying this film. Take your blinkers off and watch Skinwalker with an open mind and there is so much to learn, not just about folklore but about people and their cultures. This film not only introduced me to a new legend I want to learn more about, but it gave me a great sense of the history of the South of the United States and how Native tribes' stories mixed with the tales brought by predominantly French immigrants and deported French Canadians who had lost colonial battles with the British. This documentary is so heavily layered with interest and intrigue it is definitely the most rewatchable of the Small Town Monsters releases thus far and a timely reminder that learning new things and educating yourself on the cultures and beliefs of others is essential to becoming a more rounded individual.

Come for the monster stories, stay for the expert education. Skinwalker: The Howl of the Rougarou is out next week and stunning is not a strong enough description of my viewing experience.

Follow Steve on Twitter @STBwrites
Skinwalker: The Howl of the Rougarou will be available on 14th September on a number of platforms from 1091 Pictures, including iTunes, Amazon Prime Video, Vudu and FandangoNOW. Small Town Monsters will also release a special edition Blu-ray ($18.99) and DVD ($14.99) from their official store.
Apple Preorder: https://itunes.apple.com/us/movie/skinwalker-the-howl-of-the-rougarou/id1580482499
Blu/DVD Preorder:  https://www.smalltownmonsters.com/shop/preorder-howl-of-the-rougarou
Email ThisBlogThis!Share to TwitterShare to Facebook