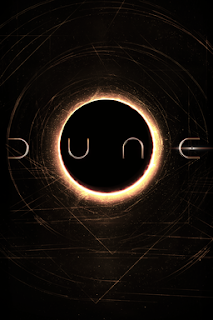 ICYMI last night, watch the final trailer for Dune, which comes to cinemas on 21st October...

Called to the desert in his dreams, Paul (Timothée Chalamet) is awakened by visions of a mysterious girl (Zendaya) and violent sandstorms on the distant, desolate planet of Arrakis. The only son of the Duke Leto Atreides (Oscar Isaac) and Lady Jessica (Rebecca Ferguson), he's heir to House Atreides: destined to bring peace to the ravaged lands rich with spice, the most precious and powerful resource in the universe. With their collective fate at stake, they must work together to stand a chance against untamed powers, colossal sandworms and their ultimate fears – but only time will tell what's to become of their world.