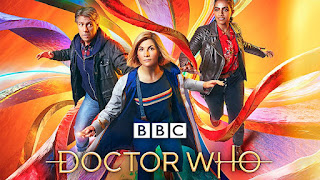 The guest actors and monsters who will join Jodie Whittaker, Mandip Gill, John Bishop and Jacob Anderson in series 13 of Doctor Who have been revealed - watch THE NEW TRAILER...

The trail for the show’s thirteenth series, entitled Doctor Who: Flux, has revealed a first look at the guest actors and monsters that will feature across the six-episode serial.

The trail also offered a preview of returning monsters - Sontarans, Weeping Angels, Cybermen, and the Ood, as well as a range of new monsters, one of whom is named Karvanista and looks like this: 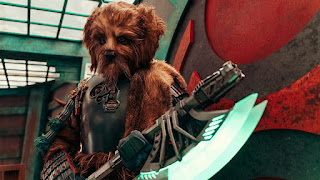 Quite.
Matt Strevens, Executive Producer, said “I can’t wait for the audience to come on the Flux ride with us. It’s our biggest adventure yet with so many brilliant new characters to fall in love with. We had a blast making it.”
Images - BBC
Email ThisBlogThis!Share to TwitterShare to Facebook