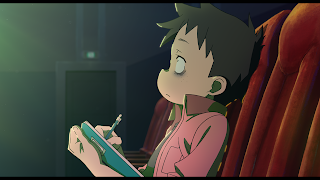 Scotland Loves Animation, the organisers behind the UK’s largest and longest-running anime film festival, are bringing their fan favourite celebration of Japanese anime to selected cinemas across the United Kingdom...
Press Release
With events including the Sheffield Loves Anime film festival this weekend and next month’s We Love Anime touring programme, the wide choice of films will allow fans to discover the range of incredible stories that anime has to offer.

Find your inspiration amidst the glitz and glamour of tinseltown with Pompo the Cinephile, an earnest and unabashed love-letter to film that proved a massive hit with audiences at this year’s Scotland Loves Anime film festival, or discover the magic power that fandom has to bring people together in a heartfelt story of three young women at different roadblocks in their lives with Looking for Magical Doremi.

Joining them in events across the country are the otherworldly romance Over the Sky, and the search for answers in life and death that is Summer Ghost, a remarkable short film debut from the acclaimed illustrator loundraw (Josee, The Tiger and the Fish).

The films will be shown in Japanese with English subtitles as part of Sheffield Loves Anime in the city’s Showroom Cinema between Friday 19th November - Sunday 21st November. They will also be shown at selected Picturehouse and Showcase Cinemas as part of the We Love Anime touring programme between Saturday 4th December - Sunday 5th December. 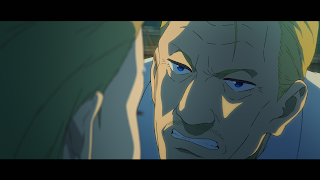 POMPO THE CINEPHILE (12A)

Pompo is a talented and gutsy producer in “Nyallywood,” the movie-making capital of the world. Although she’s known for B-movies, one day Pompo tells her movie-loving but apprehensive assistant Gene that he will direct her next script: a delicate drama about an aging and tormented creative genius, starring the legendary and Brando-esque actor Martin Braddock, and a young actress seeking her first break. But when the production heads towards chaos, can Gene rise to Pompo’s challenge, and succeed as a first-time director?

An enthusiastic love letter to the art of the cinema and the dreams that make it happen. 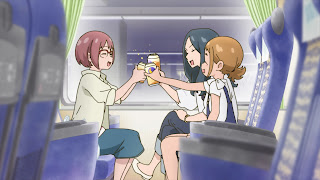 A college student losing confidence in her dream of teaching, a company employee struggling to reintegrate after working abroad, and a part-time worker trying to save for college while being tied down by a good-for-nothing boyfriend. Sora, Mire and Reika couldn’t be more different, but these three women are brought together by one thing: their love of Magical Doremi! Travelling across Japan to visit the places from the show they loved as children, the trio laugh, cry, and support one another as they realise that the messages of Doremi and friends are still with them, and can help them each take a new step forward. 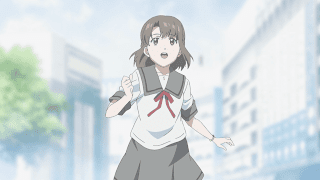 Mio has feelings for her childhood friend Arata, but can't convey her feelings. One day, as they continue their delicate relationship, the two fight over something trivial. After letting tensions settle, Mio goes to make up with him in the pouring rain. While on her way, she gets into a traffic accident. When she regains consciousness, a mysterious and unfamiliar world appears before her eyes. 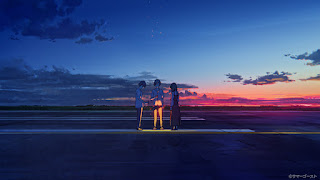 Tomoya, Aoi, and Ryō are high school students who met online. Tomoya cannot live the life he envisioned for himself, Aoi cannot find her place in the world, and Ryō has his once shining future suddenly pulled away. Each has their own reason for needing to meet 'the summer ghost' – an urban legend of a spirit girl who appears when fireworks are set off – and one summer night, when life and death cross paths, they find her.

The Sheffield Loves Anime line-up will also include a selection of new and classic anime:

The Deer King (15): An epic fantasy tale of an ex-soldier and a young girl in a world divided by a pandemic. From anime industry legend Masashi Ando, animation director on Studio Ghibli’s Princess Mononoke, Makoto Shinkai’s Your Name, and more. Includes a special pre-recorded Introduction and Q&A.

A Silent Voice (12A): A stunning modern classic about disability and redemption from the world-renowned Kyoto Animation (Violet Evergarden the Movie)

Maquia: When the Promised Flower Blooms (15): A touching tapestry of motherhood in a fantasy world that marked the directorial debut of Mari Okada (Anohana: The Flower We Saw That Day).

Cyber City Oedo 808 (18): In a cybernetic metropolis, the only ones keeping the vice and villainy in check, are the hardened criminals hoping for a reduced sentence. A gritty taste of the ‘90s packed with extreme violence and profanity.

Sheffield Loves Anime will be held at Showroom Cinema, Sheffield between Friday 19th November - Sunday 21st November, and We Love Anime will be at selected Picturehouse and Showcase Cinemas between Saturday 4th - Sunday 5th December.