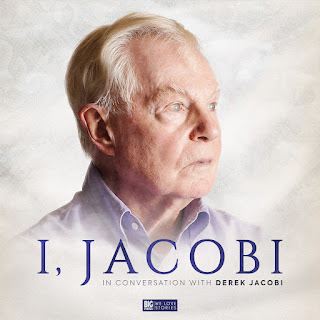 Spend some quality time in the company of one of Britain’s most acclaimed actors. Sir Derek Jacobi is the latest subject of the In Conversation series, available now from Big Finish...

Derek Jacobi has starred on stage, screen and in audio. He has played alongside fellow theatrical knights Laurence Olivier, Noël Coward and Kenneth Branagh. And, since 2003, he has acted in numerous productions at Big Finish.

Now aged 83 and in his “fifth act”, the two-time Olivier award-winner candidly looks back on key moments in his life and career in a deeply personal interview. Best known to audiences around the globe for his portrayal of the titular Roman emperor in the BBC’s television adaptation of I, Claudius, Sir Derek’s Jacobi’s professional career has spanned over sixty years and myriad roles.

In this candid conversation with producer Scott Handcock, Derek reminisces about his incredibly lucky life: from growing up during the war to tackling King Lear at the Donmar Warehouse… and much more. 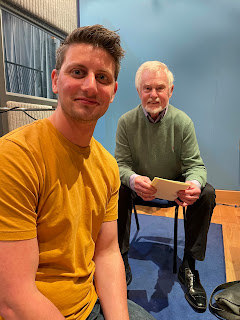 Interviewer and producer Scott Handcock told Big Finish’s Vortex magazine: “I’ve really enjoyed the variety of Big Finish’s previous In Conversation releases and have had the title I, Jacobi scribbled on my to-do list for quite a while now. It actually became a reality earlier this year when Derek dropped me a message asking if we might be needing him again any time soon. We’d already recorded a few of The War Master box sets during lockdown – and didn’t currently have any new scripts – but as restrictions were easing I suggested it might be nice to reunite in the flesh for a day and just talk about him… and happily Derek said yes!

“We hit it off pretty much instantly during The War Master recordings. We both take our work very seriously but not ourselves, and so we’ve always had a nice relaxed atmosphere during recording sessions. I think if Derek hadn’t enjoyed himself he wouldn’t have asked to come back after the very first box set! We know one another quite well now so he knew, when I asked about this interview, that he could trust the direction it would take. Derek is quite a private individual so it was a real privilege to be able to talk with him in-depth about his life and career.

“The toughest part of the whole process was deciding what to exclude! I did a lot of research because I didn’t want to leave anything out but inevitably you can’t include everything. I could have spent a week chatting with Derek and still not covered it all, his career alone spans 60 years! But he remembers it all in so much detail. It was a joy to listen to.”

Big Finish in Conversation: I, Jacobi is over two and a half hours long and now available to own as a digital download at £7.99, exclusively from www.bigfinish.com.

Please note that this release contains adult material that may not be suitable for younger listeners.
Email ThisBlogThis!Share to TwitterShare to Facebook