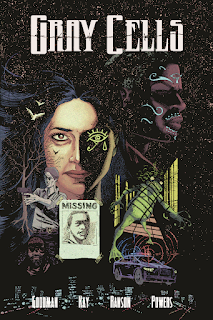 Independent comic creators Inked Dreams are crowdfunding their graphic novel Gray Cells on Kickstarter after offering issue one free on their site. Have a look at some of the artwork ...

The book is a neo-noir supernatural thriller about a journalist’s search for the truth after a series of child abductions plague her city. Lina Santos battles against corruption, an apathetic police force, and an uncaring system as she tries to discover the truth.
Set in a fictional US city, Gray Cells looks into some of the issues plaguing the modern world. “Gray Cells is a book about corruption, division and injustice," said writer Lawrence Goodman. "Our main characters are fighting against the city and its systems as much as they are fighting the book’s villain.”

He added, “We crafted the villain as a reaction to what we saw in the news. The world seems to be split into two competing realities, both sides certain of their own truths, and we wanted Gray Cells’ villain to embody that. He twists people’s perceptions into what suits his needs, using it to manipulate and evade detection.”

UK writer Lawrence Goodman is helped in his first comics outing by veteran artist Kay based out of Michigan, colorist Corey Ranson from Oregon and letterer Nikki Powers from California. The team met last year through social media site Reddit and have hit the ground running with their debut book, raising $2500 in their first day, garnering positive reviews, and securing the UK’s leading independent publisher Markosia to distribute their book.
Here's how some of the internal artwork looks: 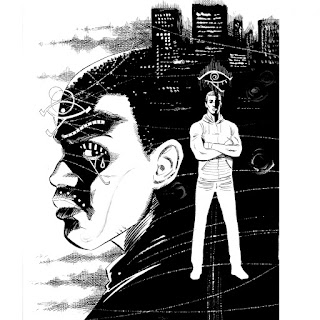 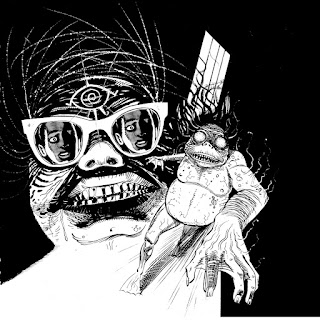 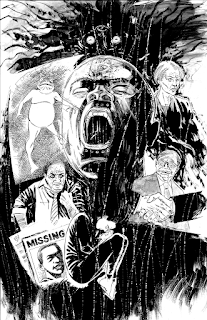 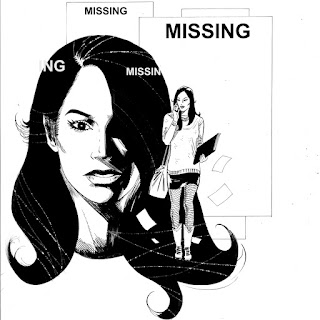 You can still access issue one for free at the Inked Dreams website and the full 140 page graphic novel is available to pre-order now through their Kickstarter campaign. As well as the book itself, in digital, softback or hardback formats, some of the other Kickstarter perks include posters and pin-ups, a themed tarot card deck, limited edition cover variants, a "making of" process art book and an exclusive noir edition. You can even become a character in the book itself!
Watch their video below to get a first look at the book, then support their crowdfunder on Kickstarter.
Images & info - Inked Dreams
Email ThisBlogThis!Share to TwitterShare to Facebook