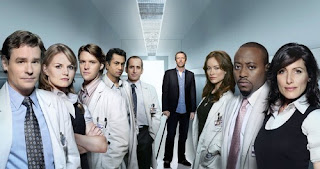 Steve Taylor-Bryant grabs his Vicodin and disappears into Gregory House's mind today. Here's his thoughts on the interns...

To finish off my mini-celebration/look back at House, I discuss my favourite of the show's many interns, the butt of House's jokes, and the lifeblood of the show. 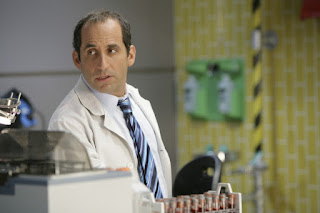 Dr. Chris Taub: I don't even know why she's even considering having my kid. She barely knows me. All she knows is: I'm a short balding guy. It doesn't even make evolutionary sense.

Dr Chris Taub (Peter Jacobson) is a plastic surgeon who joined the team in the selection "games" season four after being successfully chosen by Dr Cuddy, along with Kutner, because she knew that House would choose at least one female candidate (Thirteen). His personal life involves a lot of complex relationships with both lovers and colleagues and he became a father to two children called Sophie at the same time, from different mothers, one of whom was his ex wife. Although he is one of the most likely to challenge House's decisions and question his authority, he left the team when Foreman headed up the team in House's absence because he said that he only wanted to work with House. 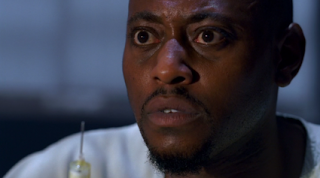 Dr. Eric Foreman: House was an egotistical pill popping law suit magnet... and a genius. And I worked with him longer than anybody else. I can do this.

Dr Eric Foreman (Omar Epps) is one of House's original team, along with Doctors Chase and Cameron. He is a neurologist but little is known about Foreman's background other than the fact he was a juvenile delinquent, which House often commented upon, and that he has a brother who was in prison. He left the team after citing that he "did not want to turn into" House but returned later and eventually headed up the Diagnostic team when House quit, albeit temporarily. He eventually took over Dr Cuddy's post as Dean of Medicine, when she left after House drove through her sitting room wall, and was the one who hired House back after his stint in prison. 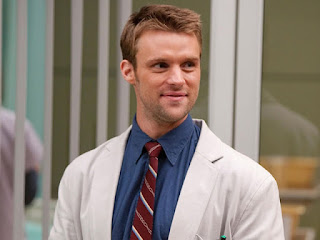 Dr. Allison Cameron: If you don't want to tell... okay. But I could help. Whatever this is, it's eating away at you. We could get past it together. I love you no matter what.

Dr. Robert Chase: [Long pause] We lose patients sometimes. One of those patients... Dibala... we didn't ac- we didn't actually lose him... I killed him.

Dr Robert Chase (Jesse Spencer) is Australian and was one of the original team with Foreman and Dr Allison Cameron, who subsequently became his wife. A Catholic, who was in the seminary before he studied medicine, Chase is a highly skilled surgeon, often called upon to perform the more invasive procedures required by the diagnostics team. Regarded by many as someone who would do anything to protect his job, his loyalty is often called into question and he gets fired by House. After his departure from the team, Chase becomes a surgeon in the hospital, a move that House says is "only one step down" from his previous position. After a couple of years he is re-hired and is eventually made head of the Diagnostics team when House leaves. 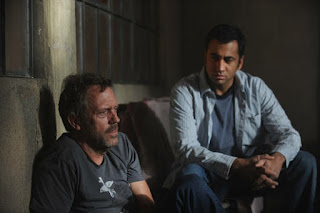 Dr. Lawrence Kutner: Death is the opposite of a cool puzzle, it's eternal nothingness.

Dr Lawrence Kutner (Kal Penn) nearly didn't get onto the team after being fired in the first week of the selection "games" for telling tales on another candidate, Amber Volakis. However he is later kept on after refusing to leave and coming up with a good diagnosis test, much to Amber's annoyance, leading to a rivalry between the two, and he became well known for his unconventional testing methods and keenness to do whatever it took to get a diagnosis, even verging on the illegal. Kutner was still very much a kid at heart though, evidenced by the toys in his apartment and his fondness for magic tricks. His birth parents were shot dead during a robbery when he was 6 and he was adopted by the Kutners, taking on their name. One day, with no warning, Kutner does not show up for work and House sends Thirteen and Foreman to check his apartment. Thirteen finds Kutner's body; at the reported age of 28 he has committed suicide. 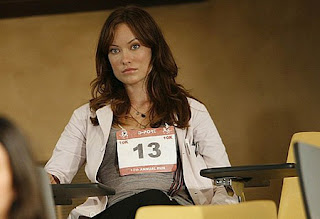 Thirteen: I wanted her to die. She just... yelled so much, and for no reason. Just screamed at me in front of my friends. My father tried to explain to me that her brain was literally shrinking, that she didn't mean it. That it was the disease. But I didn't care. I hated her. I never said good-bye. And she died with me hating her.

Dr Remy "Thirteen" Hadley (Olivia Wilde) got the Thirteen nickname because that was her number in the selection games to join House's team and she is happy to let the team refer to her by her number because she is a very secretive person. After noticing Thirteen's over-sensitivity at accidentally dropping a file, House pushes her into confessing about her possible medical condition, Huntington's syndrome, which her mother died from. Once a test confirms it, she becomes reckless, having casual sex with random women, using drugs, partying late and showing up at the clinic hungover, to the point that she is fired, although later rehired. She asks Foreman to admit her to the Huntington's drug trial that he is an administrator for and they embark on a relationship, which affects Foreman's professional judgement to the extent that he fixes the drug trial, which causes serious side-effects in Thirteen. Their difficulties balancing their romantic relationship and their new employer-employee status at work, when Foreman takes over from House temporarily, forces a break up and Thirteen asks for leave, citing personal reasons before disappearing for a year. House meets her again upon release from a prison where she has been for the time for over-prescribing drugs, although he finds out that she actually helped kill her brother who was suffering from advanced stages of Huntington's. Thirteen eventually admits to House that she did what she had to when her brother's time had come, and that now she is alone and will have nobody there for her when her time comes. House later tells her that he is willing to euthanise her when she needs him to and rehires her onto his team. In the end, House saw that Thirteen was happy with her girlfriend and fired her once and for all so she can live out her last days being happy.