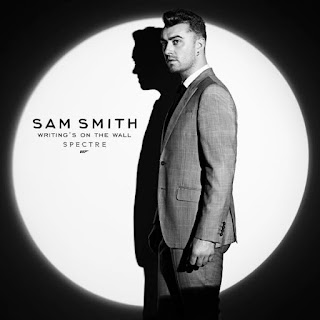 Is the Writing on the Wall for the SPECTRE theme song? Susan Omand and Reece Morris-Jones have differing thoughts on the newest Bond theme, so there’s only one way to find out...

So Sam Smith is the new voice of the Bond theme huh? I must admit to showing my age when my first reaction was... “Who?” But I’m assured by the more hep cats in the office that he’s one of the crooners that frequents the hit parade these days. Ah well. Let’s have a listen to it (using the only official clip I could find that doesn't involve downloading Spotify - what's all that about?).


The strings at the start are classic Bond. Fifteen seconds of pure John Barry bliss that is timeless and could have been written for a 1960’s Bond as easily as a 2010’s one. But then...

Eh? Sorry? What? Must have dozed off. Whiny falsetto dirge voice kicks in and it all goes to meh. It confused me more than anything. Maybe it was the voice that didn’t work? I even sought out the lyrics to see if a stronger, more characterful voice (male or female) would have improved it. Nope. Bland, bland, bland.

Don’t get me wrong, I don’t hate it. It’s nowhere near good enough artistically to provoke a reaction as strong as that. It’s wallpaper. Elevator muzak. Maybe it’s an age thing, but to me this is forgettable chart pap for a generation that doesn’t do music. If you can’t get shitfaced in Ibiza to it, or go all swoony over a TV reality show star singing it, it doesn’t seem to get near the charts any more.

At least it’s not meant to be the exciting thematic build up to a three hour long film is it.... oh, hang on... 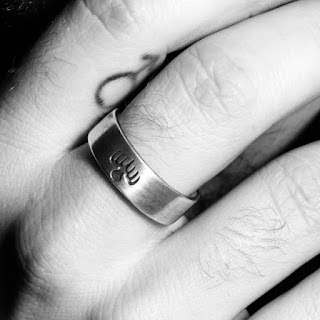 Writing on the wall? No, Sam Smith's using the same paint as always.

I'm not sure anyone from the generation responsible for Surfin' Bird can accuse another person of not knowing what music is... [Hey I'm not THAT old! - Susan]

All jabs aside, Sam Smith's song is a perfect match for the Bond series at this point. It's looking to be safe and return to formula set by the traditional Bond series . The time for experimentation is over, as shown by the ultra traditionalist Skyfall.

As we've had three different styles of bond themes from the past three films, people have forgotten that Bond themes walk a tightrope between being an actually good song and being a good Bond Theme. The truly good songs of the catalogue like You Know My Name, Another Way to Die or A View to Kill get poo pooed for not being “traditional enough”. The 6 “Bond Themes” we remember were sung by about three different artists.

I'll admit, we occasionally we get both, such as Goldeneye or Diamonds are Forever. But more often than not we get snoozers like From Russia with Love, For Your Eyes Only, Nobody Does it Better. Or Skyfall for that matter.

Talking Skyfall, (as that seems to be what people are pointing to as the better song at the moment) let's read the lyrics shall we?

Face it all together

Complex lyrics that were indicative of the film indeed...

The point I'm getting at is that people seem to be greeting Sam Smith's ditty as a hated aberration when it's far from that. It's in the mould of Classic Bond, which is to say it's a level above the completely forgettable two thirds of the Bond catalogue. It's ok. It's fine. It just isn't Shirley Bassey, but then there's a reason there's only one of her. We do a disservice to ourselves and Bond itself by pretending it's grade A music all the time. Sometimes we can settle for a B.

Or I suppose we could invite Madonna back for another song, eh? What's that? Is that the sound of people rushing to scream no?