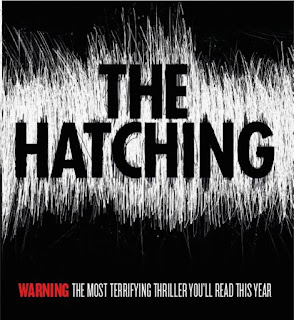 Gollancz have acquired the rights for The Hatching, a high-octane thriller by Ezekiel Boone...

Gollancz has announced the acquisition of UK and Commonwealth rights to the relentless, attention-grabbing thriller The Hatching by Ezekiel Boone. With engaging characters and non-stop action, the TV and film rights to The Hatching have already been acquired at auction before the book has even been published.

A local guide is leading wealthy tourists through a forest in Peru when a strange, black, skittering mass engulfs him and most of the party. FBI Agent Mike Rich is on a routine stake-out in Minneapolis when he's suddenly called by the Director himself to investigate a mysterious plane crash. A scientist studying earthquakes in India registers an unprecedented pattern in local seismic readings. The Chinese government “accidentally” drops a nuclear bomb in an isolated region of its own country. And all of these events are connected.

As panic begins to sweep the globe, a mysterious package from South America arrives at Melanie Guyer’s Washington laboratory. The unusual egg inside begins to crack…An ancient species, long dormant, is now very much awake. But this is only the beginning of our end…

Best compared to Michael Crichton’s Jurassic Park and Max Brooks’s World War Z (which Kneel Downe read for us here), Ezekiel Boone’s The Hatching is a brilliantly addictive novel following a cast of diverse characters from around the globe who are pulled together into a desperate fight against an ancient species.

Gollancz Commissioning Editor Marcus Gipps acquired the rights to The Hatching and two sequels from Anna Webber at United Agents. He said: “The multi-viewpoint narrative, kinetic pace and accessible science combine to make The Hatching the perfect water cooler-book.”

Ezekiel Boone said: “I’m thrilled to join Gollancz. I’m a fan of so many of their writers, and I think The Hatching is going to delight both hard-core Gollancz readers and a wider audience. It’s fun as hell and just scary enough to make you afraid to put it down.”

The rights to the book have been sold in nine territories and seven languages: USA, Canada, UK, Germany, France, Brazil, Italy, Latin American and North American Spanish, and Japan. TV and film rights to the book have been sold to Lionsgate on behalf of Joel Silver (the producer of The Matrix, the recent Sherlock Holmes film, the classic Die Hard and Lethal Weapon franchises)!

Gollancz will be publishing The Hatching in hardback, eBook and audio book on the 5th July 2016.