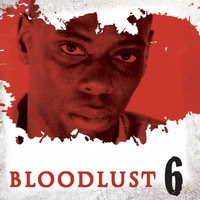 Susan Omand heads back to Collinsport to continue listening to Dark Shadows: Bloodlust. Here's her thoughts (with some spoilers) on Episode 6...

Three people have been attacked in the old town of Collinsport. Two are dead and one lies unconscious in the local hospital...

Quentin Collins, for it was he who turned up at the end of the last episode, has come down for breakfast at the Inn and talks to Maggie. She tells him that Collinsport isn’t safe for “people like him” any more. Quentin has found out about Maggie’s meetings and is surprised she is so closed minded and that it’s not as black and white as she thinks. Amy says hello in passing as she goes to meet her boys for breakfast and Quentin tells Maggie that Amy is his great grand-daughter but Maggie says she doesn’t need to know. The sheriff comes in looking for Amy to tell her that her husband Andrew is one of the people killed in the attacks and tells Maggie that Jessica Griffin was also attacked and is still unconscious. Maggie accuses Quentin of the attacks as they were animalistic in nature.

Meanwhile at the Blue Whale, Frankie is talking to Ed about the attack on Ed’s mother. Susan appears, literally, and takes a bad turn as “forces are gathering” and she warns of another attack.

Amy is taking the news of her husband’s death well and asks how he died. The sheriff says he was strangled and there was a symbol on his face that Amy recognises. Quentin has headed up to Collinwood and is speaking to David, asking about the other members of the family, none of whom are present, and then asks about Angelique. David brushes off all his questions with an angry response and no explanation.

Harry and Tom are coming to terms with their father’s death, Harry saying that he hated him and Tom saying that bad things happen to bad people. Maggie tells Mike that she is arranging another meeting when Quentin arrives back and asks if she knows where Angelique is which she doesn’t. Quentin is about to leave again when he overhears Harry say to his mother where Angelique is and that he needs to know whether she killed Andrew.

Quentin goes to Angelique’s cave to talk to her. He denies attacking anyone, saying the portrait keeps the wolf locked up. They talk about Quentin’s life, and wife, in London and Quentin taunts her about Barnabas. Angelique asks him why he has returned....

Much to think about in this episode as it really furthered the storylines of a lot of characters. As I said at the end of the last review it’s wonderful to see Quentin back and he lived up to expectations with the badinage between him and Angelique being as barbed as ever. A few things surprised me with the characters this time though. Maggie’s apparent lack of acceptance that the supernatural in Collinsport is not all bad is now a bit naive and will, no doubt, come back to haunt her (pun unintended). Also Tom’s throwaway line about bad things happening to bad people seems to point to the fact he may have been involved in Andrew’s attack, but that is just my speculation for now. The reaction that surprised me the most this time though was Ed Griffin’s, given that his wife is now a supernatural entity, it seemed odd that he’d be the voice that changed the course of the meeting but such are the plot twists that make Dark Shadows required listening.

All in all, a very engaging episode and, like I say, it felt like it carried the story forward quite a bit more than the previous one. It will be interesting to see where this week’s cliff-hanger leads to now that the forces are indeed gathering.