Film - We Need A Hero 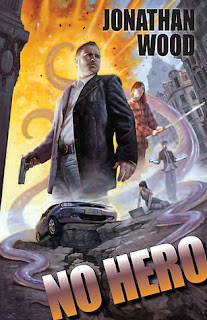 Steve Taylor-Bryant takes a book franchise he loves and tells Hollywood how to make the films. He still thinks they listen to him. Bless him...


We had a chat here at the office this week about the inspirations for films and asked why Hollywood keeps rebooting old projects when there are so many great original ideas out there. We were particularly keen for the powers that be to delve more into the world of books and start adapting some of the great stories we've all read over the years. Yes, books get adapted quite a lot, I'm not disputing that, but they all seem to be either very dark in tone or based on utter rubbish. There are some good thriller titles, Gone Girl for example, and obviously the boy wizard did okay, but not every genre or style gets a look in. I like action films, I can't help it, I just do, and not enough action films are developed from really good action books. An action film isn't just about carnage and explosions, it can tell a tale as well so, after our brief chat, I got to thinking which books I've read in the last few years would make a great action genre screen début and I think I've stumbled upon a franchise by mistake! I really love the author Jonathan Wood. With the Arthur Wallace 'Hero' series from Titan Books, he's blended the spy genre, horror, science fiction, action adventures and being completely nuts in a way that entertains and is funny but without drifting into parody. Yes, the stories are unbelievable and comedic in tone but underneath the aliens, magic and Nazi robots is real storytelling. The cast of main characters are all vastly different to each other and from all walks of life but come together as an ensemble that are just as entertaining as they are slightly dysfunctional.

For those that haven't read the Arthur Wallace series yet here's the brief synopsis for the first book (stolen from Goodreads) before I start casting the film to end all films...

"What would Kurt Russell do?" Oxford police detective Arthur Wallace asks himself that question a lot. Because Arthur is no hero. He's a good cop, but prefers that action and heroics remain on the screen, safely performed by professionals. But then, secretive government agency MI12 comes calling, hoping to recruit Arthur in their struggle against the tentacled horrors from another dimension known as the Progeny. But Arthur is NO HERO! Can an everyman stand against sanity-ripping cosmic horrors?

Across the four books you'll find the team come up against Nazi Robots, zombie dinosaurs, Russian occult specialists, spores, even one of their own, but mostly the problems, no matter how magical and mystical, stem from themselves and their own personalities and failings. So to the main cast! I've picked the characters that in one form or another appear in all of the first four books. They are all British and will be cast with Brits and, due to the Britishness of much of the humour, I will also attach a British director. The stories span the globe and the humour is international so all readers can 'get' it, but I do feel a strong British contingent in the main will transfer the feel of the book to the screen really well. 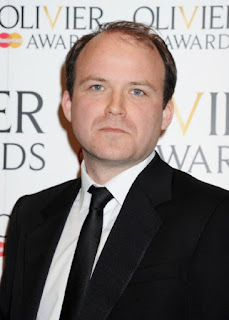 This is not your archetype good guy! Whilst flung into the action from pretty much the beginning, Arthur is not a hero in the traditional sense, he's not a fighter or a weapons expert, he's pretty much just an Everyman copper that gets out of his depth and stays that way. You couldn't cast your traditional action types in the roles. Wallace is not Tom Cruise or Dwayne 'The Rock' Johnson, Wallace isn't even as suave and solid as Spooks star Rupert Penry Jones. This has to be a man you look at and think might be a great police detective in the university town of Oxford but you can't bet your life on him winning a fight. He has to be the type you can imagine would do his very best but would genuinely keep stopping to ask 'What would Kurt Russell do?'. He is the strangest leading man in history because he's only leading by complete accident. Step forward Rory Kinnear! I really like Kinnear as an actor. He can hold your attention with obvious talent like in Black Mirror or he can blend into the narrative and let others shine like he does in James Bond. He's played a detective before but never once do you stop and think to yourself that this is leading man material. I mean no offence Mr. Kinnear but you don't, until now! 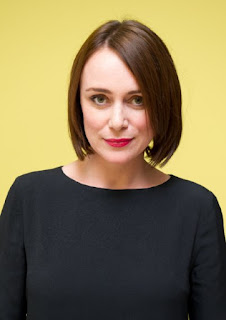 Ms. Shaw heads up the government agency and is as much bureaucrat as she is fighter. There is a pencil pusher feel to the character but also a bite, an edge you wouldn't mess with. Think Dame Judi Dench's M from Bond (again, and this won't be last mention of 007 casting) but about mid thirties or early forties and you'll get what I mean. There can be only one person for this role, someone I hold in the same esteem as Dame Judi, someone who has worked with Kinnear before and I've seen do the odd action role. Ladies and gentlemen Keeley Hawes! 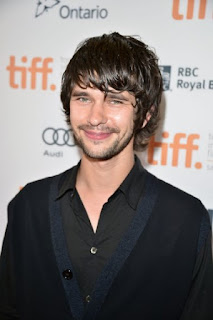 This is a strange one to cast as Clyde has to be so many things. He is a bookworm, proper knowledgeable geek type, a magician who uses batteries in his mouth to open spells, a nervous agent, a nervous man in general to be honest, he has to speak quite a lot and in the style of 'why use one word when thirty five will do?'. He gets together with Tabitha so has to be boyfriend-ish but it's the verbal diarrhoea and intelligence that fascinates me so much and so I'm casting from that angle. Originally I was thinking Reece Shearsmith and, if this was television, I probably would but being a big movie franchise and Clyde being the character that changes and challenges the most I went back to Bond again and got myself some Ben Whishaw! 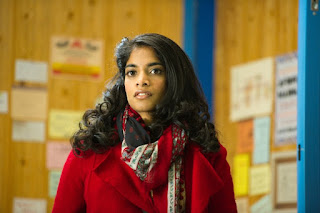 She is a moody Asian goth computer expert who doesn't talk all that often, swears when she does, and is staccato in her delivery and cutting with her remarks. Tabitha is a joy to read and, with the lack of dialogue and very little niceness, Tabitha is the exact opposite of Clyde. Quite a hard one to cast as I've never really seen goth and moody played well by anyone and all my favourite British Asian actresses are as far from goth as you can get. I've finally got myself in the mindset where the make up and wardrobe departments will take care of the goth so I've just got to select the actress that will play against Ben Whishaw the best. Amara Karan is a fabulous actress that I'm currently enjoying in Stan Lee's Lucky Man with James Nesbitt and so can do the detective side of the role and has been a bit grumpy in some episodes whilst acting with incredible style. It's hard to look past her for the role to be honest. 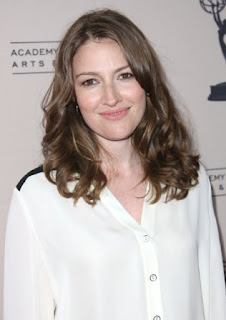 Another role where, in all honesty, the main dialogue will involve shoving the words 'feck' and 'fecker' into a sentence at every opportunity whilst moving at superhero speed, wielding a sword like no one else can, and thriving on killing anyone in her way whilst abusing Arthur at every turn. The character in the book is from the Highlands of Scotland and, since our very own Susan Omand is always too drunk to swing a sword accurately, I've decided to go for Kelly Macdonald who has quite the back catalogue of films and a rising star status with the studios that need to finance this little venture. Macdonald also looks like what I had in mind when reading Kayla, which I know won't make any sense, but was a Glaswegian Lena Headey. Told you it made no sense. 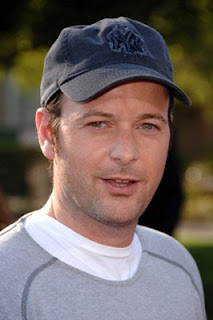 So who can direct a spy/police/historical/magic/horror/scifi film with a Britishness but across the globe with scenes in everywhere from Oxford to Tibet to a massive rubbish dump in Mexico? Who can bring this superb cast and brilliant storytelling by Wood to the big screen, keeping its core similar to the book whilst polishing it with a Hollywood sheen? It has to be Matthew Vaughn!

Now onto the next project and convincing Jonathan Wood not to quit the Wallace books to write other stuff. Where did I leave my kidnapping gear?