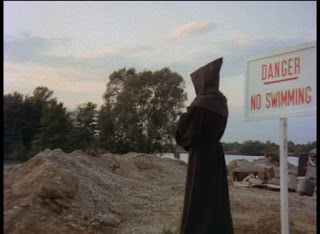 From gentle persuasion to scare tactics, how to win the war to the AIDS iceberg and beyond - how governments tried to influence our lives by way of the Public Information Film, now free to view thanks to the BFI...


The BFI has released a fascinating new collection of over 100 Public Information Films available to view free online on BFI Player, drawn from the unique holdings of the BFI National Archive and partner archives across the UK; many are seen here for the first time online alongside acknowledged classics of the genre.

Public Information Films were produced by many different British government departments for over 70 years, mainly through the agency of the Central Office of Information, successor to the wartime Ministry of Information. They have included work by many of the greatest names in British cinema history, including the much-celebrated Richard Massingham, Alberto Cavalcanti, John Grierson, Len Lye and more. But there are many unknown treasures which reveal our recent history in a refreshing and unexpected way. Films which aim to influence the public to cycle carefully, to kill flies, to avoid hazards in the home, to improve typing technique or learn how to talk effectively on the telephone (whether within the civil service or shopping a paramilitary in Troubles-era Northern Ireland), all offer a rare insight into how Britons really lived in the last century.

Robin Baker, Head Curator, BFI National Archive said, “We are delighted to be making available some of the great Public Information Films from the BFI National Archive on BFI Player. They reveal a fascinating range of insights into attitudes across the 20th century, but also highlight an extraordinary diversity of British ﬁlmmaking talent. Many of the films have become iconic. They are often vividly remembered by those who saw them as children and continue to inform ways in which we see the past. The BFI is the guardian of several major government collections including the films of the Central Office of Information and the wartime Ministry of Information which are a unique resource for British social and political history.” 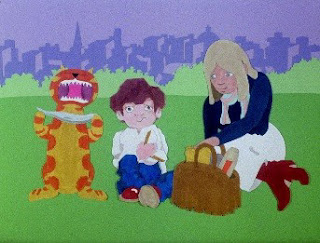 These films were part of a government policy of using films to communicate with a mass audience and represent a real attempt to change behaviours in the interests of public health and safety. During the Second World War they were an essential part of boosting civilian morale and martialling scarce resources, whether they were cabbages, tin cans or bath water; everyone had their part to play in the war effort. In the immediate post-war period, with the nation still reeling from the aftermath of wartime destruction, these films capture the “can do” mood of the period of reconstruction. Social attitudes, culture and heritage are brilliantly conveyed, and often unintentionally revealing of long- forgotten ways of thinking, living and working.

Government departments were keen to communicate the implications of new policies such as the introduction of the National Health Service or the need to attract women into the workforce or retain people beyond retirement age. The films were not only widely screened in cinemas but were part of a huge distribution network delivering and screening films in factories, schools, and community halls. Part propaganda, part social engineering, the sometimes patronising tone often gives way to what is brilliantly lyrical film-making, evoking British life with an unaccustomed richness prompting nostalgia in contemporary viewers old enough to remember and disbelief from younger viewers.

A flavour of the vanished world captured in these short films is found in some of the titles, How to Use the Telephone (a civil service primer to good communication), Be a Good Cyclist (the rules of the road for health and safety), I am a Litter Basket (one of a long line of campaigning films trying to educate the public into dealing with litter), Burns and Scalds (sound advice about household dangers, another prolific subject), Mrs T. and Her Cabbage Patch (winning the war with home produced vegetables). 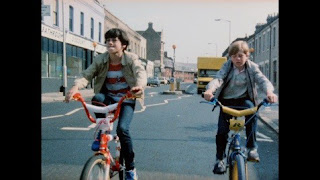 Beyond their ostensible messages, these films all offer insights into changing notions of class, housing, poverty, ingrained social attitudes and public duty. The simple informational style of these films changed to something flashier as the 1960s and 70s demanded stronger messages to stand out against the onslaught of advertising. Television was increasingly the place where most people saw Public Information Films. Some of the best remembered are among the most horrific, as the drive to convince generated some truly nightmarish films highlighting the dangers of electrical substations, train lines, drunk driving, dark ponds or over-friendly strangers. Tufty the Squirrel’s help in educating younger viewers on how to cross the road or Charley Says also aimed at children have achieved cult status among fans of Public Information Films. Just as memorable, the epoch-defining, heavy-hitting public health advertisement the Aids Iceberg is a late example of the genre.

Every generation has its dangers and the Cold War era was particularly alert to the promotion of citizen paranoia. Protect and Survive (1975), an instructive series of animated chapters advising the public on what to do in the event of a nuclear attack, including 'What to Put in Your Fall-out Room' and 'The Importance of Your Radio', seems unsettlingly naive in its approach, given the scale of the imminent threat. The government eventually realised that the campaign would be ultimately ineffectual in the event of a real attack and it never reached our screens, but the film remains a fascinating record.

Find and watch all the films FREE  from HERE