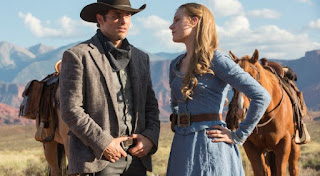 A look at the trailer for the 10 part series of WestWorld which airs exclusively on Sky Atlantic this October...

Zai Bennett, Director of Sky Atlantic said “We couldn’t be more excited for WestWorld to arrive on Sky Atlantic this autumn as part of our continuing partnership with HBO. This series has been shrouded in secrecy and no doubt this teaser will generate a whole load more anticipation for what’s to come. Westworld is already one of the most talked about shows of the year – and it hasn’t even begun.”