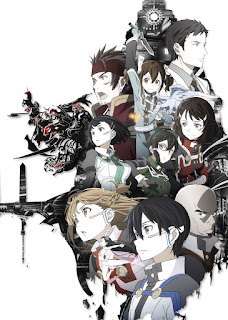 Sword Art Online, the mega hit that sold 16.7 million copies, will come back as an animated feature with a brand new original story by author, Reki Kawahara...

Based on the highly popular novels published in Kadokawa's Dengeki Bunko, Sword Art Online The Movie - Ordinal Scale is set to be released in spring 2017. In addition, the first trailer, featuring scenes from the upcoming film, as well as brand-new visuals drawn by character designer Shingo Adachi were unveiled during the Sword Art Online event at Anime Expo 2016, held in Los Angeles last Saturday, July 2nd, offering over 3,000 fans in attendance a special sneak peek. 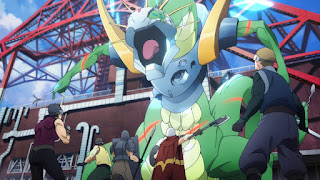 Since the first volume of the novel was published in April 2009, the series has proved extremely popular, with cumulative sales exceeding 11.5 million units in Japan and 16.7 million worldwide,
spawning two TV anime adaptations, video games, comic books, and merchandise. In spring 2017, "Sword Art Online The Movie - Ordinal Scale -", a brand-new, original story written by Reki Kawahara, is set for theatrical release, much to the anticipation of SAO fans around the world. 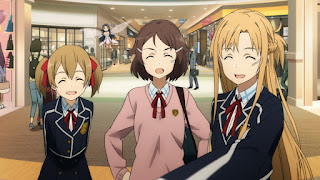 On Saturday, July 2 (PST), two secret guests from the cast of the upcoming film, Haruka Tomatsu (Asuna) and Ayahi Takagaki (Lisbeth), surprised the audience by appearing at the SAO Festival held during the anime convention, Anime Expo 2016, in Los Angeles. Hearing the announcement that the movie would be opening in Japan in spring 2017, and later worldwide, the crowd of 3,000 SAO fans erupted in cheers! Also during this event, the first trailer - featuring scenes from the movie for the first time - as well as the latest key visuals drawn by character designer Shingo Adachi were unveiled. 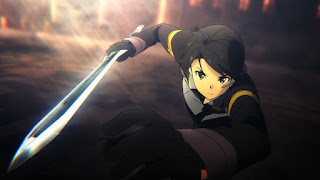 An animated feature with a brand-new original story by author, Reki Kawahara!

The NerveGear, the world's first dedicated full-dive device developed by the genius programmer, Akihiko Kayaba in 2022...a revolutionary machine that opened up infinite possibilities for the world of VR (Virtual Reality.) 4 years later.... A next-generation, wearable multi-device called the Augma has been released to compete with the NerveGear's successor, the Amusphere. A cutting-edge machine boasting the ability to enhance AR (Augmented Reality) to the maximum, the Augma offers a safe, user-friendly experience, as it can be used while the player is awake, making it an instant hit. Its killer title is an ARMMORPG developed exclusively for the Augma, "Ordinal Scale (a.k.a. OS)."

Kirito is about to join Asuna and the others as an Ordinal Scale player, but they're about to find out that it isn't all fun and games...