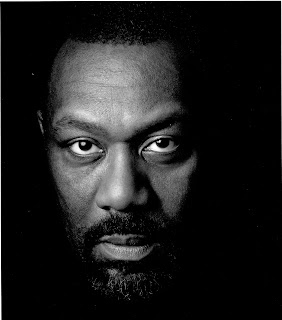 
Exasperated by her daughter Ivie’s refusal to converse in anything other than Shakespearean verse, Esosa resorts to psychoanalysis for a cure. The psychiatrist and her therapist struggle for a solution until a full-on Shakespearean quote-off on a theatre stage uncovers the reason for Ivie’s affliction.

If you think you've heard of Scoop Films from us before, you'd be right. They're the team behind the fantastic indie film starring Luke Perry and Nicholas Galitzine, The Beat Beneath My Feet, that we as a website have been raving on about since we first heard about it. Some Sweet Oblivious Antidote marks their first foray into short films.

Sir Lenny Henry, who in recent years has been acclaimed for his Shakespearean roles in the theatre, plays Carl in the new film, a respected therapist confronted by a child who speaks only in Shakespearean verse. He said, “The story is sweet, moving and funny and deserves to be told. I am looking forward to seeing how it turns out.”

Scoop Films’ Head of Development, Fiona Gillies added, “I’m delighted to be able to work with Sir Lenny. He brings such gravitas to a role drawing on Shakespearean verse and of course is a passionate supporter of diversity in film-making, which Some Sweet Oblivious Antidote reflects in its British/Nigerian characters and director and largely female crew. Scoop Films is a keen champion of rising talent and Christiana is a director I've been looking forward to working with for a long time."