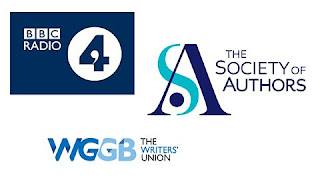 The finalists for the BBC Audio Drama Awards 2017 have been announced...

This year they include nominations for The Archers, including Timothy Watson in the Best Actor category and Louiza Patikas for Best Actress, for Tracks, starring Romola Garai and for Emile Zola: Blood, Sex And Money, which stars Glenda Jackson.

Most interesting for us though is the hotly contested Best Online/Non Broadcast category, the winners of which will either be our friends at Big Finish or our friends at Bafflegab Productions!

The awards recognise the cultural significance, range and originality of audio drama, on air as well as online, and credit the creativity of the actors, writers, producers, sound designers and others who work within the field.

Each category is judged by a team of industry experts including actress Alison Steadman, journalist Baz Bamigboye, and producer Piers Plowright. Now in their sixth year, the Audio Drama Awards have previously recognised such luminaries as John Hurt, Neil Gaiman, Sir Ian McKellen and June Whitfield.

The winners will be announced in a ceremony hosted by Sir Lenny Henry on Sunday 29th January at the Radio Theatre in BBC Broadcasting House.

Full shortlisted entries are as follows:

Robert Lindsay, A Play For The Heart
Danny Sapani, A Raisin In The Sun
Timothy Watson, The Archers

Best Debut Performance from an actor or actress

Christina Ritter, North
Lee Rufford, The Loneliness Of The Long Distance Runner
Katie West, Oranges Are Not The Only Fruit

Best Use of Sound

Best Comedy with a Live Audience