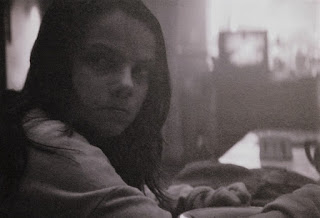 In a clever piece of marketing, 20th Century Fox have released something they're just calling Laura.mov ...

In 46 seconds of grainy, blocky, hidden camera footage we get the Laura/X-23 origins story - a hospital lab, presumably where Laura Kinney, the Wolverine clone (played by Dafne Keen), was "born" and X-23 being taken from an operating room, where her claws have just been removed, covered in adamantium and re-implanted, back to her secure room. Fans of the original comics are keen to point out on social media that this sticks very closely to the original comic's plot and are calling Logan "the Wolverine film we all want" in anticipation, especially after it received an R rating.

The film synopsis reads "In the near future, a weary Logan cares for an ailing Professor X in a hide out on the Mexican border. But Logan's attempts to hide from the world and his legacy are up-ended when a young mutant arrives, being pursued by dark forces" and, with the stellar cast and strong director in place, promises to be a game-changer in comic book films, already being lauded as Oscar worthy by some. The film hits cinemas on 1st March.