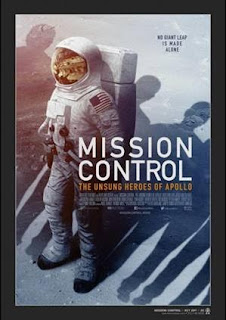 Mission Control: The Unsung Heroes of Apollo is to premiere at the South by Southwest film festival this month...

As the world watched the outcome of the Apollo space missions, crowded around televisions and radios, the heroes of NASA – the controllers and support teams inside Mission Control – clenched their fists and sweated every detail through each liftoff and descent. Now, the untold story behind this extraordinary team comes to life in the new film Mission Control: The Unsung Heroes of Apollo, which will arrive on global VOD from 14th April, after its world premiere at the South by Southwest film festival in March.

Mission Control was at the very heart of the Apollo programme and its heroes were born against a backdrop of economic turmoil and global conflict. Some came from a rural lifestyle unchanged since the 19th century. Others grew up in a gritty, blue-collar America of mines and smoke stacks. They ranged from students straight out of college, to soldiers toughened by military service. Yet, from such ordinary beginnings, an extraordinary team was born. They set out on what JFK called “the most hazardous, dangerous, and greatest adventure upon which mankind has ever embarked.” Through the team’s testimony and the supporting voices of Apollo astronauts and modern NASA leaders, Mission Control explores their journey from the faltering start of the programme to Mercury and Gemini missions, the tragic Apollo 1 fire and the glories of the Moon landings. This was achieved through a team whose average age was around 27 years old. 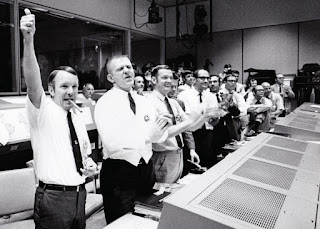 Mission Control was directed by David Fairhead and produced by Keith Haviland and Gareth Dodds who came to the story after their work on “The Last Man on the Moon,” which told the tale of Astronaut Gene Cernan, who flew three times in space and twice to the Moon.

“It’s a real privilege to tell this epic story of a remarkable decade. Mission Control’s story shows what vision and teamwork can achieve. And our film is another addition to the British canon of spaceflight documentaries.” said Haviland. Fairhead continued, “The Apollo program is one of mankind’s greatest achievements. To make this film of the unsung heroes has been a fantastic experience.” Dodds added, “We are excited to be working with Gravitas Ventures to bring our film to a global audience. It’s a story that we hope will inspire and move people everywhere.”

“Flights into space capture the imagination as much today as they did 50 years ago,” stated US distributor Gravitas Ventures’ CEO and Founder, Nolan Gallagher. “From Space X to Hidden Figures to The Martian, the dreams of millions are carried out by hundreds of heroes both in the air and on the ground at Mission Control. We are thrilled to be working with Gareth and Keith to share this remarkable piece of history with audiences everywhere.”

The film is now available to pre-order from iTunes: http://apple.co/2lP8QDM.

Get the SXSW screening schedule here.
Email ThisBlogThis!Share to TwitterShare to Facebook