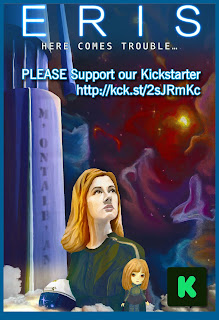 British sci-fi comedy with comic book action, retro styling and a rebellious spirit! Eris is a sci-fi comedy that bends, but doesn't quite break the fourth wall. Imagine a female ‘Mad Max’ waking up in the ‘Never Ending Story.’ Or a series of ‘Red Dwarf’ as directed by Ridley Scott. Yes, here comes trouble…

Eccentric aliens resurrect the last human - Eris. But is she more than they can handle? Who will emerge victorious in this interstellar battle between love and strife?

Eris is a brand new sci-fi comedy series which manages to feel both beautifully familiar and refreshingly new and got unleashed on Kickstarter yesterday. The aim is to reach a target of £30,000 to develop a web series or TV show. As director Brad Watson explains, "It is the perfect creative endeavour to grow from a crowd funding scenario. It is designed to be loved and nurtured by a fan base that will feel proud to have had a hand in its creation toward our eventual goal of taking over the whole world with fun action, adventure, inventive but lovable characters and fart jokes." 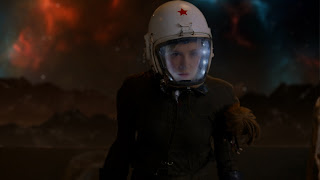 Eris herself is brought to life by the astoundingly talented Jahanna James who, as well as being a fantastic actress, is linked to her interviews with Hugh Jackman and Taron Egerton. Her comedy videos on Facebook have reached an audience of up to 80 million and she now has 360,0000 registered fans. Jahanna also cohosts a weekly radio show with Noel Clarke on Fubar Radio. The combination of Jahanna’s talent and the innovation behind Eris has already created an online buzz with the Eris mini episode, Eris and the Futile Tin of Mystery, reaching 35,000 views on social media within 24 hours of its release. 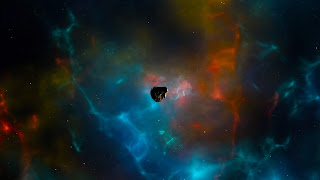 Eris is directed by award winning Indie helmsman, Brad Watson, who has also composed and performed the projects epic synth score. Brad’s latest feature, Hallows Eve, premiered at Frightfest and was previewed at the BFI before being shown around the world. As well as being an expert with working with low budgets Brad is also a complete sci-fi obsessive which makes him the perfect to choice to deliver Eris to the world.

Creative Effects are essential to the Eris universe and they don't come much more qualified than John Schoonraad. John has worked on Return of the Jedi, Indiana Jones, Gladiator, Saving Private Ryan and Troy. He was also part of the Oscar winning creature crew for The Wolfman.

And the man responsible for creating Eris in the first place is Haydn Hades, a talented stand up comedian as well as Writer, Producer and Director. Haydn has produced the acclaimed short, The Dark Room (starring David Mitchell) and has directed many stage plays (including Harold Pinter’s ‘The Home-coming’)

When was the last time you really laughed with a truly funny sci-fi comedy? The answer is NOW because #HereComesTrouble