Christmas in July - Christmas Films for a Buon Nate-ale 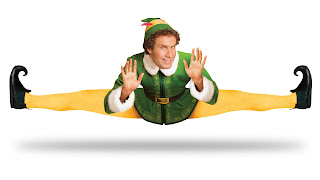 Nate McKenzie attempts the impossible - A definitive Christmas movie list we can all agree on?...


Christmas shopping can be daunting.

I don't care if you keep a list all year of all the things your family and friends hope to get from Santa, complete with details on the best prices and closest store locations for obtaining the items, and have a Kevin McCallister-esque gameplan mapped out for wading through the madness to make your life as holly-jolly as possible, you're still going to run into problems. You will get sidetracked by items the stores are hoping you'll add to your cart (that's the point of in-store adverts, after all); a store may even run out of that toy your niece so desperately wants; or, you may simply run into an entire department store full of cotton-headed ninny-muggins' bent on making everyone else as Grinch-like as themselves.

The point is, no matter how easy-peasy you think you have it all planned out - you're wrong.
Such was the case when I decided to make a list of the best Christmas movies of All-Time. I thought creating a list would be a poundcake-walk. I severely underestimated the task. Nonetheless, I followed the glowing red nose of Rudolph through the fog of my overtaxed brain and devised a list that I'm sure everyone will completely and totally agree on; just like we all agree that fruitcake is absolutely the worst and the best version of All I Want For Christmas Is You is sung by the Angel We Have Heard On High, Mariah Carey.

Before we get to the list it is important that I make a few things clear. Namely: I have no formula for deciding what movies made the list.

HOWEVER, I do take one thing very seriously:

DIE HARD IS NOT A CHRISTMAS MOVIE.

Sometime in recent history it became fashionable to claim that Die Hard is the best Christmas movie. I blame Twitter. Seriously, Twitter is my favorite social media platform but it is a petri dish of self-indulgent, pseudo-original, hipster opinions. You can almost smell the desperation from someone who, when asked what their favorite Christmas film is, responds, "Obviously Die Hard." It's as if these people are suffocating in this unappreciative world and their oxygen is your astonishment at their oh-so-clever (but wholly contrived) assertion. They think they are too cool to pick an actual Christmas film so they choose a unique stance - just like all their hipster brethren. But it's just inarguable - these people are dead wrong.

Here are the reasons Die Hard is not a Christmas movie:

1.) The movie poster. The word Christmas does not appear anywhere on the poster for the film. Nor does anything even remotely Christmas related. There is no allusion to Christmas whatsoever. I've referenced Christmas four times more in this sentence than the poster for Die Hard does.
The end.

2.) The release date. JULY!? Are you kidding me?? Are you serious right now? I can't believe I even have to break this down for people. [Editorial nudge to the title of today's celebration - Christmas IN JULY - Ed]

4.) The movie is about KILLING PEOPLE. This is giving me a headache.

5.) The gavel pound is thus: Lethal Weapon is not considered a Christmas movie.

That's it. I could make more points but this is supposed to be a list about the best movies actually about Christmas. Y'all got me off on this nutcracker diatribe like I'm Ranta Claus. Anti-Christmas-movie purveyors could at least be truly original and choose Santa Claus Conquers the Martians! Pia Zadora alone legitimizes that stance.

I need some cookies and milk to calm me.

12.) Mickey's Christmas Carol - For my money, this is the most worthwhile version of the Dickens classic. It is wholesome and adorable. Mickey Mouse is timeless as is the message.

11.) White Christmas - Nothing sounds like Christmas near as much as Bing Crosby. Heartwarming throughout, this movie is the film version of Global Warming.

10.) Bad Santa - I almost feel sullied including this movie but it can't be denied. It is a bit disturbing and absolutely grotesque in both content and the sheer amount of out loud laughs induced. But sometimes, with all the sugary sweetness ingested during the holidays you need something salty to curb that diabetic coma. I would quote it but just about every great line has an F-bomb in it.

9.) Elf - John Favreau and Will Ferrell came along with a completely original instant holiday classic at the perfect time. Syrup loving Buddy the Elf is on par with Rudolph, Frosty, and the Coca-Cola bears as holiday staples. Also: Zooey Deschanel in an elf outfit. That is all.

8.) A Christmas Story - Full disclosure: I don't like this movie. At all. But I am a fair and impartial judge and any movie so beloved, with such a devoted following, that it warrants a marathon on Christmas Eve (at least here in the States) deserves inclusion. Besides, "You'll shoot your eye out!" is an intrinsic part of Christmas lore.

7.) A Charlie Brown Christmas - If you want a story about the true meaning of Christmas accept no substitutes. Charlie Brown's message of anti-commercialism is one that actually resounds more in this day of rampant materialism via Black Friday fanaticism. Ohbytheway: Snoopy!

5.) Nightmare Before Christmas - I didn't always agree that Nightmare is a Christmas movie. It was released on October 29th and the main character is a skeleton. But you can't deny the theme and the message. Also, my sister dressed me as Sally for Halloween one year. That year: 2014.

4.) Love Actually - Sure, this movie is a bit of a cliche. It's also very self-aware of that fact. What makes the whole movie for me is Sam and his mature outlook on love.

Daniel: I thought it would be something worse.

Sam: Worse than the total agony of being in love?

3.) National Lampoon's Christmas Vacation - The entire cast is perfection. Cousin Eddy is in everyone's family. "If I woke up tomorrow with my head sewn to the carpet, I wouldn't be more surprised than I am now."

2.) It's A Wonderful Life - If you think about it... this movie is actually incredibly dark. But that's why it is such a fantastic film, not just a great holiday movie: it feels real. The fact that this it was made in 1946 is even more astounding. "Strange, isn't it? Each man's life touches so many other lives. When he isn't around he leaves an awful hole, doesn't he?"

1.) Home Alone - If anyone lists to you their favorite Christmas movies and Home Alone isn't in the top 2 just stop listening because their opinion is null and void. The only holiday movie that is as quotable/rewatchable is Christmas Vacation. If you don't like Home Alone may you be relegated to trashcan mummification by the South Bend Shovel Slayer.

Honourable mentions that are classics but all sort of fit the same bill, these deserve mentioning but altogether just about make one whole movie:

How The Grinch Stole Christmas

And they heard him exclaim as he logged off the site
Happy Christmas to all, and to all a good movie night!