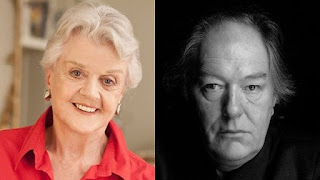 The casting has been announced for the upcoming BBC mini-series adaptation of Little Women...

Loved by generations of women worldwide, Little Women is a truly universal coming of age story, as relevant and engaging today as it was on its original publication in 1868. Set against the backdrop of a country divided, the story follows the four sisters Jo, Meg, Beth and Amy March on their journey from childhood to adulthood. With the help of their mother Marmee, while their father is away at war, the girls navigate what it means to be a young woman: from gender roles to sibling rivalry, first love, loss and marriage.

Based on the classic novel by Louisa May Alcott, this three-part adaptation from the award-winning creator of Call The Midwife Heidi Thomas (Cranford, Upstairs Downstairs) will be directed by Vanessa Caswill (Thirteen, My Mad Fat Diary) and starts principal photography this month in Ireland.

Writer and Executive Producer, Heidi Thomas said "Little Women is one of the most loved novels in the English language, and with good reason. Its humanity, humour and tenderness never date, and as a study of love, grief and growing up it has no equal. There could be no better time to revisit the story of a family striving for happiness in an uncertain world, and I am thrilled to be bringing the March girls to a new generation of viewers."

Executive Producer Colin Callender and Sophie Gardiner added “The mini-series is a storytelling form unique to television and the opportunity to adapt Louisa May Alcott’s novel over three hours is a gift from the BBC and Masterpiece on PBS. This is a character study of young women rich in texture and detail and it’s an honour to be able to bring it to life in this extended form with the great Heidi Thomas, one of the finest writers working in television today. In the hands of the exciting directorial style of filmmaker Vanessa Caswill we hope to deliver a new screen version that will speak to contemporary audiences, meet the expectations of the book’s ardent fans and bring a whole new generation to this great classic.”